It is my privilege and distinctive honour to represent and serve the people and Government of Pakistan in Australia. I am delighted to write this message of 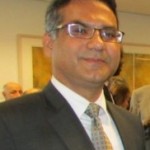 felicitations to the Pakistani community who is celebrating the 75th Pakistan Day in Australia with great zeal and fervour.

23rd March 1940 was the most crucial day for the destiny of Muslims of British India, when All India Muslim League (AIML) under the dynamic leadership of Quaid-e-Azam (Great Leader) Muhammad Ali Jinnah (1876-1948) resolved and demanded from the British Crown a separate homeland for the Muslims of British India in the North-Eastern and North-Western provinces, which they named as Pakistan. The concept of Two Nation Theory initially propounded by Sir Syed Ahmed Khan (1817-1898) was crystalized when Muslims of the subcontinent established AIML in 1906 and Jinnah delivered his fourteen points (1929) to the British Government, in response to a controversial Nehru Report (1928), for shaping the future political system of India. During the course of their history (1857-1940) the Muslims of the subcontinent were wandering from the ideas of one-nation to two-nation and unity to separate entity. 75 years ago, on March 23 their concept became crystal clear and they resolved to adopt an independent strategy to achieving the goal of separate homeland for Muslims of the Asian subcontinent.

On this auspicious occasion the officers and staff of the Consulate General are joining the Pakistani community in New South Wales to pay tributes to our national heroes in a Pakistan Day Function in Granville NSW being organized by Pakistan Association of Australia (PAA). The Consulate will host a flag hoisting ceremony at Pakistan House on 14 August 2014 to celebrate the 68th Independence Day of Pakistan.

I congratulate Tribune International Sydney for successfully publishing online the news of the community for over seventeen (17) years in Australia. The positive role played by Tribune in connecting Pakistanis among themselves and with other communities, as well as linking them with their sweet homeland (Pakistan) is appreciable.

I wish all Pakistanis and Australians of Pakistani descent a very happy Pakistan Day.