IMAGINE if you made so much money every single minute of your day you could afford to take a yearly salary of $1. 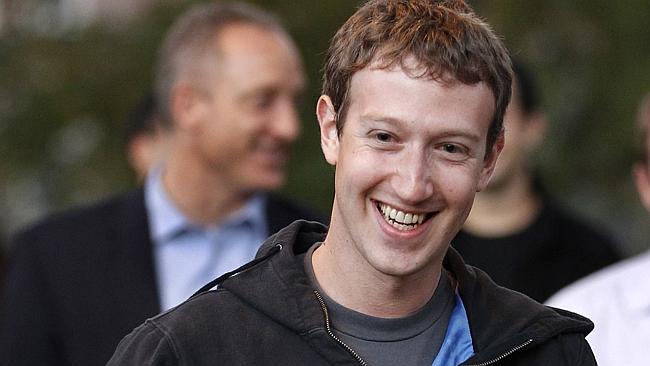 That’s Facebook chief executive Mark Zuckerberg’s reality. He reaped a $US3.3 billion ($A3.58 billion) gain last year by exercising stock options in the social networking company that he founded in his Harvard dorm room.

To most of us, $US3.3 billion is an abstract number devoid of all meaning beyond “that’s a frackload of money”, so let’s put it into perspective in smaller numbers we can all comprehend.

Mr Zuckerberg pockets $US6,278 a minute.

In the time it takes for him to go down to the cafe and grab a coffee, he nets $US43,946, and he’s probably a lot less excited than you when he reaches the ‘free coffee’ milestone on his punch card.

Assuming he’s one of those people who only survives on four hours of sleep, when he wakes up in the morning, he’s $US1.5 million richer. Every day. Nice.

Facebook spelled out the windfall in regulatory documents filed on Monday. It marks the second straight year that Zuckerberg has realised a huge gain from stock options. In 2012, he made $US2.3 billion off his stock options.

The documents show Zuckerberg had no stock options remaining after exercising 60 million of them last year at a price of six cents per share. He then sold 41.35 million shares for $US55.05 apiece in December primarily to cover his taxes.