British police have charged a 39-year-old man with a religiously-motivated assault on UK Member of Parliament George Galloway on a west London street. 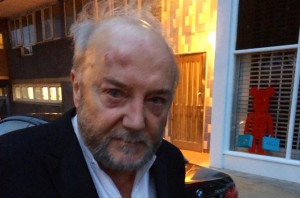 The second charge is believed to relate to a bystander who tried to intervene.

Galloway, the leader of the Respect Party and MP for Bradford West, suffered bruising to the face and possibly a broken rib in the attack as he posed for pictures with people near Notting Hill.

The outspoken British MP known for his pro-Palestine views had described himself as being in “pretty bad shape” following the attack.

Galloway was questioned by the British police earlier this month after declaring the West Yorkshire city of Bradford an “Israel-free zone” on August 2.

Masterson will appear before Hammersmith Magistrates’ Court on Monday, according to Scotland Yard.