PRISONERS are travelling like movie stars in private jets with NSW taxpayers footing the $1 million bill.

Police spend up to $4000 an hour to charter the Cessna Citation jets — the type of aircraft normally associated with corporate high-flyers and millionaire rock stars — to shuttle prisoners between courts. 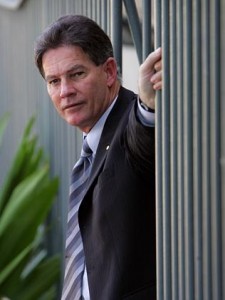 In a report aired last night by Channel 9’s A Current Affair, it was revealed the NSW Police and the Department of Corrective Services do not list the prisoner air charters in their annual reports.

But one female prisoner was filmed being flown from Bankstown Airport, where the jets are based, to the south coast so she could appeal a drink-driving sentence.

The program reported all female inmates and juveniles are flown if they are required to travel more than 250km. It showed film of inmates flying into Bankstown from Queanbeyan — just a three-hour, 265km drive away.

The jets are used to ensure prisoner welfare is not compromised, especially on long potentially hot drives.

In a submission to a NSW parliamentary inquiry in 2009, police said prisoner transportation services “are not considered police core business and yet consume significant police time and resources when no other options are available”.

Howard Brown, of the Victims of Crime Assistance league, described the jet charters as a waste of money.