The last phase of the war suddenly became a concern to the UN and its associated bodies and they were seen frantically trying to forge some sort of deal with the GOSL using ‘civilians’ as an excuse. The frantic appeals made on behalf of ‘civilians’ that the LTTE claimed were voluntarily joining the LTTE became of more concern to the UN and associate bodies than the civilians that LTTE attacked throughout 3 decades of terror. While, UN attempts to bury its inaction through a report claiming it has failed what needs to be highlighted is that the UN failed 20 million people throughout 30 years. 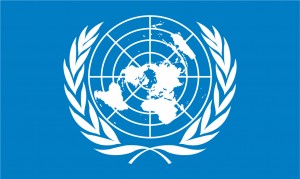 Do we apologize for defeating one of the world’s most feared terrorist organizations?

Do we apologize because the West can no longer use LTTE as a forward to advance their agendas in Sri Lanka and the rest of South Asia?

Do we apologize because we have angered many an NGO who now have no reason to remain in Sri Lanka and whose livelihood is at stake?

Do we apologize because those who stood to gain offering political solutions can no longer enjoy additional perks and privileges?

Do we apologize because a handful of Tamils using the Sri Lankan situation as a plank to obtain refugee status now find themselves called “economic refugees” and are being sent home?

Do we also apologize because those that made merry out of the troubles in Sri Lanka pocketing from the USD300million LTTE kitty are now having to devise other ways to keep the show running?

Do we apologize for creating an indigenous rehabilitation program and reintegrating close to 12,000 former LTTE combatants who now lead a life of normalcy.

Do we also apologize for giving a Presidential Pardon to 594 former child soldiers because the Sri Lankan state considered them victims rather than perpetrators?

Do we also apologize for putting these surrendered former LTTErs through proper education and vocational programs and allowing them to sit for the O/L and A/L examination and embarking on their careers or further education?

Do we apologize for ending the war and ending the manner in which LTTE kidnapped poor and low-caste Tamils and turned them into LTTE child soldiers? The reason why these children never made the news was because of the rigid Tamil caste system and because NOT a single Tamil politician, NOT a single member of the Tamil Diaspora cared what happened to these child soldiers because they were not only poor they were LOW-CASTE – thus outcasts of Tamil society!

Do we apologize for taking vast amounts of loans some of which were supposed to be for development of the South and instead went to develop the entire infrastructure framework of the North that had been totally neglected by the LTTE and their stooges?

Do we apologize for giving electricity to Kilinochchi and Mullaitivu – areas where for 3 decades the people were denied electricity because the LTTE blew up the transformers wanting to keep the people in the “dark”?

Do we apologize for maintaining military presence in the North while not a word was said about LTTE forcibly taking territory and running its own law, with LTTE courts, LTTE police, LTTE currency?

Do we also apologize for bringing normalcy to the entire country? For bringing peace, for making sure not a single bomb has gone off, for ensuring not a single assassination has taken place by LTTE in 5 years?

The millions of IDPs and refugees the UN has yet to solve suffer because of military interventions by powerful nations. Sri Lanka’s IDPs are a result of LTTE forcibly keeping the people as human shields, hostages and civilian cadres conscripted when needed.

Today, the North enjoys a life they never had. The entire area has seen a facelift it never had. Countries that poured money to NGOs and organizations while LTTE prevailed should question these organizations because they had done absolutely nothing until Sri Lanka and the Armed Forces led the way to create a rejuvenated North.

UN action should come by at least now roping in the LTTE remnants scheming away from overseas on how to revive the LTTE. They role in aiding and abetting terror should now be legally taken to task. The ban by Sri Lanka giving list of names is a start for the world to take action against them.

Sri Lanka is not the one to be apologizing. Our victory is a salute to our war heroes – all those who are now no more, all those who suffer loss of limb and confined to wheelchairs and suffering other traumas and to the armed forces and police personnel living who played a major role in that victory, to the Defense Secretary who showed tremendous resolve in giving the backing to all the armed forces heads and to the Sri Lankan President who weathered the diplomatic battle surrounded by the friends (China, Russia, Pakistan) who helped conclude the war.

Sri Lanka stands proud of every one of you.