WESTERN Sydney Labor MP Ed Husic last night called for the notion of Parramatta as Sydney’s second CBD to be shelved, saying a new area in the southwest had to be targeted to help ease congestion. 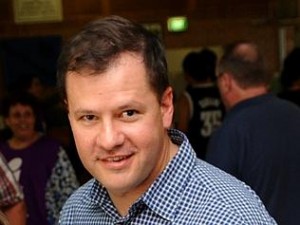 The Labor MP for Chifley nominated the area southwest of the city — west of Liverpool and north of Campbeltown — as the best spot to focus new development and business ­opportunities “from the ground up’’ given 300,000 people would reside there.

The debate has won at least part support from the Parramatta Chamber of Commerce, which said the focus had to be on the whole western region’s future and not promoting the interests of Harbour suburbs.

Mr Husic said governments had to get beyond the old-fashioned 18th century thinking that had led to Parramatta being seen as the inevitable second CBD.

He said this had caused massive infrastructure stress because Sydney was caught in an east-west stranglehold in terms of transport options.

Mr Husic said planners had to wake up and think beyond just infrastructure delivery and think about city planning. “The southwest growth centre will basically be the equivalent of Canberra,” he said.

Sydney Business Chamber Western Sydney director David Borger last night said it was the stupidest idea he had ever heard.