IF you’ve ever had an idea or invention you think could make you a fortune but have no capital to get it started there’s a way the internet can help. 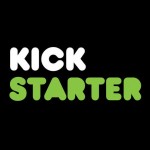 Kickstarter is a website that’s been coming to the rescue of hopeful entrepreneurs and inventors since 2009 and has seen all manner of wonderful and weird ideas from gadgets to the arts, food and fashion. This online crowd funding website — which basically means you look for money from the public — lets you pitch your million-dollar idea to the internet and if people like the idea they can choose to chip in to get it going.

All you have to do is set a money-raising target and if you hit the goal within the time limit you get to keep all the cash (even if it goes above and beyond what you set out for), but if it doesn’t reach it you get nada.

Some have gone on to make millions, others haven’t received a cent.

But Kickstarter has proved most popular. Since it was launched there have been over 59,000 successfully funded projects with the amount of cash pledged in total tipping over $1 billion dollars. Even at this very moment there’s over $31 million live dollars placed on current projects.