KABUL: Afghan President Hamid Karzai says the last 12 years of war were “imposed” on Afghans, a reference to the US-led invasion that ousted the Taliban. 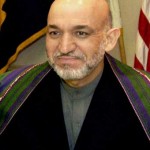 In a last address to Parliament on Saturday, Karzai also said his armed forces, now responsible for 93 percent of the country, were ready to take over entirely after the final withdrawal of US and NATO troops later this year.

Karzai was named as head of state by an international agreement, and subsequently by a council of Afghan notables, in the aftermath of the invasion. His final term in office expires with presidential elections next month.

He reiterated his stance that he wouldn´t sign a security pact with Washington to allow a residual force to remain behind in Afghanistan, unless the US first brings peace. (AP)