A 21-year-old man has been arrested and charged after allegedly walking into an Islamic school armed with a knife in Sydney’s southwest.

The man allegedly entered Al-Faisal College in Minto just after 2pm on Thursday, asked if it was a “Muslim school” and spoke to a female teacher before leaving. 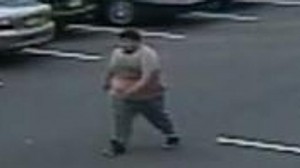 Primary school students hid under their desks while high schooners were gathered in a prayer hall as the school went into lockdown on Thursday afternoon.

No one was injured during the incident.

In a statement early on Saturday police said that at about 8.30pm on Friday a 21-year-old man attended Campbelltown Police Station, where he was arrested.

He has been charged with armed with intent to commit indictable offence and was refused bail to appear at Campbelltown Local Court on Saturday.

Yesterday only about 50 of the school’s 400 students turned up for classes.

“It is scary. My daughter came but the rest stayed home because they were scared,” she said. “Everything was good before, it’s changing.”

Amr Elawady wanted answers from the principal about how the man got inside, and kept his six-year-old daughter at home.

“He said everything is fine and they’re not going to let anyone use this side gate any more,” he said.

“Usually it’s open but now they’re just going to open it for parents.”

Mr Elawady said he was looking to have a meeting with other parents to discuss security.

“I’m worried anyone can jump a fence,” he said. “We need security with uniforms, not plainclothes, so people know there is security. Nobody should be able to go inside.”

Sadia Haider, who lives opposite the school, said the street was eerily quiet yesterday.

“I was very scared about what happened because I live just next door,” she said.

“I am Muslim. All over the world Muslims are being threatened. But these are kids. They have nothing to do with it. They need to be safe.”