IRAN has cancelled a planned $US500 million ($A562.49 million) loan to Pakistan to build part of a pipeline to bring natural gas from the Islamic Republic. Deputy Oil Minister Ali Majedi said Iran has 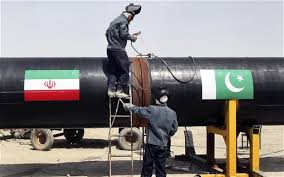 no obligation to finance the Pakistani side of the project and also doesn’t have the money. Iran has already invested more than $US2 billion to construct the Iranian side of the pipeline but there are serious doubts about how Pakistan could finance the $US2 billion needed to construct the pipeline on its territory. Iran’s former president Mahmoud Ahmadinejad had pledged the loan.

Pakistan has welcomed an Iranian offer to approach third parties, including European companies, to finance the project. “Pakistani officials were told in recent talks that, given the sanctions, Iran is not able to finance construction of the pipeline (in Pakistan) and has no obligation to do so,” he said. His comments were posted on the oil ministry’s website, shana.ir, Saturday.

Majedi complained that Pakistan has done little to construct its own section of the project. Under a valid contract, Pakistan is required to finish construction of the pipeline on its territory by the end of 2014.

“If a contractor is chosen today and pipeline construction begins today, it will take four years to complete it. Should Pakistan fail to take gas by the end of next year, Iran will demand compensation under the terms of the contract,” he said. The Iran-Pakistan pipeline is designed to help Pakistan overcome its mushrooming energy needs. Pakistanis experience frequent blackouts. The US has opposed the project but leaders of both Iran and Pakistan have vowed to implement what they refer to as the “peace pipeline.”