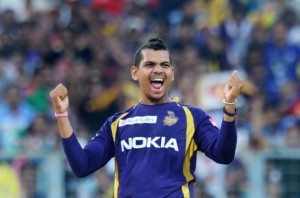 Sunil Narine – the mystery spinner – started the IPL 2014 picking up four wickets against the defending champions Mumbai Indians. Kolkata won their first game by 41 runs as Narine confounded the Mumbai batsmen with his variations.

In the second game against Delhi Daredevils, Narine conceded only 18 runs off his four overs. But other bowlers went for runs as Kolkata lost the close encounter by four wickets.

Delhi Daredevils lost four wickets for 35 runs in the first game against Royal Challengers Bangalore. JP Duminy resurrected the innings and took Delhi to a respectable score of 145. He remained unbeaten on 67 off 48 deliveries.

In the second game, Duminy single-handedly saw Delhi home with his lusty blows. Delhi needed 32 to win off the final three overs, that’s when Duminy hit his compatriot Morne Morkel for 21 runs off the over. He finished the game with a six off Piyush Chawla and remained unbeaten on 52 off 35 balls. Delhi won the game by four wickets. 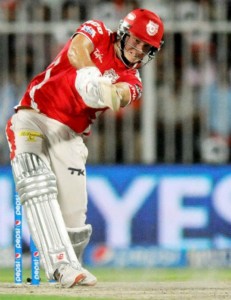 The South African kickstarted his campaign with two half-centuries in the first two games. Miller remained unbeaten on 54 against the Chennai Super Kings and saw Punjab chase down 206.

In the second game, Miller scored an unbeaten 51 off 19 balls that included six sixes. 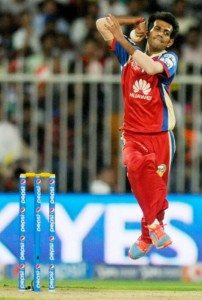 Leg-spinner Yuzvendra Chahal has been very effective for the Royal Challengers Bangalore in the first two games. The Bangalore management showed faith in the young leg-spinner who has vindicated that decision. The feature of his bowling is the line and length and the confidence to unleash his variations.

Chahal picked up Rohit Sharma and Kieron Pollard against his old franchise – the Mumbai Indians – which stalled their momentum. Can Chahal continue notching up impressive performances? 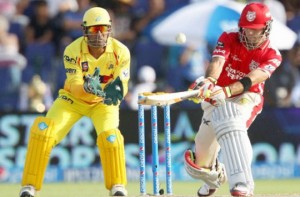 Glenn Maxwell has played three game-changing knocks in three games which has resulted in comfortable wins for Kings XI Punjab.

Punjab needed 206 against the Chennai Super Kings and were in a spot of bother at 54 for three in six overs. That’s when Maxwell went on a rampage and confounded the balanced Channai attack. He scored 95 off 43 balls which included 15 fours and two sixes. Punjab won by six wickets with eight balls to spare.

Against the Rajasthan Royals, Punjab were set a stiff target of 192. Maxwell didn’t spare any bowler and scored 89 off 45 balls. Punjab won the game by seven wickets with eight balls to spare.

In the third game against the Sunrisers Hyderabad, Maxwell scored 95 off 43 balls which helped Punjab to reach 193. Hyderabad struggled in the run-chase and were folded up for 121.