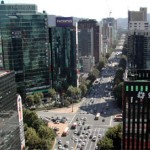 South Korean businessmen have crossed into North Korea as the joint Kaesong industrial zone reopened five months after it was closed by military tensions and threats of war.

The highly symbolic outcome of recent efforts to improve inter-Korean relations saw dozens of cars, lorries and factory managers cross the border shortly after 8:30am local time (2330 GMT on Sunday).

The South’s Unification Ministry said 820 South Korean managers and workers planned to cross the border into Kaesong on Monday, with more than 400 to stay overnight to oversee production operations.

The optimistic mood at the Kaesong border checkpoint contrasted sharply with the sense of impending disaster that had loomed over the closure of Kaesong back in April.

As military tensions eased, the two Koreas agreed last month to work together to resume operations.

As part of the deal, the North accepted the South’s demand that Kaesong be opened to foreign investors – a move seen by Seoul as a guarantee against the North shutting the complex down again in the future.

Born out of the Sunshine reconciliation policy initiated in the late 1990s by then-South Korean President Kim Dae-jung, Kaesong was established in 2004 as a rare symbol of inter-Korean cooperation.

It provided an important hard currency source for the impoverished North through taxes, other revenues, and its cut of workers’ wages.

It had appeared immune to previous downward movements in North-South relations, but finally fell victim to the months of tensions that followed the North’s nuclear test in February.

Each side blamed the other, with the North insisting its hand was forced by hostile South Korean actions – in particular, a series of joint military exercises with the US.