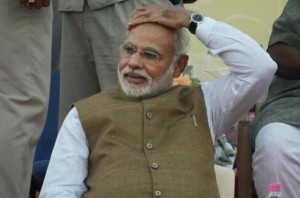 Security has been tightened outside the residence of Indian writer, UR Ananthamurthy, who has been receiving threatening calls for his criticism of Prime Minister-elect Narendra Modi of the Hindu nationalist Bharatiya Janata Party.

The veteran Kannada writer had said in September last year that he would leave the country if Modi became India’s prime minister.

Clarifying his remark, Ananthamurthy said on Wednesday that it was a slip of the tongue.

“This is what I was afraid. It was there before they came to power, and after that, coming to power with such good number, they should not be playing on a certain lapse in my speeches. It was a lapse”, said Ananthamurthy.

After BJP’s landslide victory, Ananthamurthy started receiving threatening phone calls amid reports stating that he had been sent a one-way ticket to the Pakistani port city of Karachi.

However, Ananthamurthy denied receiving the ticket.

“I am not worried very much about myself because I have always grown up expressing whatever I want to say. But there will be intolerance unless Modi takes extra care of that”, he said.

Meanwhile, Interior Minister of India’s southern Karnataka state, KJ George, said adequate steps had been taken to provide security to Ananthamurthy, a winner of Jnanpith Award, one of the most prestigious literary awards.

“Under the constitution, everybody has got the right to express their views. That is what the Indian constitution says. For UR Ananthamurthy, it is our duty to give him all protection and we are taking all steps to protect him”, said George.

Modi, 63, is entering New Delhi’s power circle for the first time after running the western state of Gujarat for 13 years.

He has faced criticism over his role in the 2002 Gujarat riots that left more than 1,000 people dead.