The Indian government is seeking a US$500 million loan from the World Bank to initiate construction of a planned 4GW solar project in Rajasthan.

The loan would be to cover the 750MW first phase of the 4GW ‘ultra mega’ solar project announced last year. 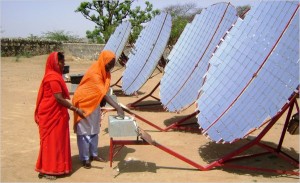 India’s Ministry of New and Renewable Energy last week submitted a proposal for the loan to the Department of Economic Affairs, which will forward the request on to the Washington-based World Bank.

The multi-phase 4GW project was announced last year and will be built on land belonging to Hindustan Salts.

The six organisations signed a  memorandum of understanding on the project last month.

If fully completed the project would be the largest PV plant in the world, generating some 6.4 billion kWh of electricity annually.