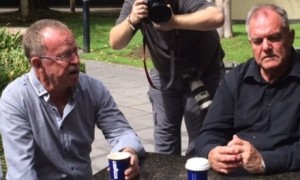 The Adelaide Advertiser has reported that 69-year-old Such could be off for months, complicating negotiations to form the new South Australian government.

Such holds the balance of power with fellow independent MP Geoff Brock.

The governing Labor party looks set to win 23 seats, while the Liberal party has 22.

Brock said he was not in a hurry to make any “hasty decisions” and the health and wellbeing of his colleague was his primary concern.

“I want to get some constitutional advice on the situation,” Brock told the ABC. “It’s a unique situation, I’ve never heard of this before.

“Bob’s health and wellbeing is the thing that’s on my mind, really, at the moment.”

The South Australian premier, Jay Weatherill, said in the Advertiser: “I am concerned for Dr Such’s wellbeing and I have extended my best wishes to his wife and offered my support. We wish Dr Such a speedy recovery and support his family’s request for privacy.”