The number of wild tigers across the globe has increased for the first time in a century thanks to improved conservation efforts, wildlife groups

NEW DEHLI (India) – The number of tigers in the wild has risen from an estimated 3,200 in 2010 to about 3,890 in 2016 — a gain of more than 20 percent after a century of decline, according to the World Wildlife Fund (WWF). The group says the tiger populations have grown in at least four countries: India, Russia, Nepal and Bhutan.

India alone holds more than half of them, with 2,226 tigers roaming reserves across the country, from the southern tip of Kerala state to the eastern swamps in West Bengal, according to its last count in 2014.

The number of tigers in Cambodia was surveyed to be zero, despite once being a thriving ecosystem for the predators. China reported to have surveyed around seven tigers, Laos two and Vietnam had fewer than five.

“More important than the absolute numbers is the trend, and we’re seeing the trend going in the right direction,” senior vice-president of wildlife conservation at the WWF Ginette Hemley said.

Marco Lambertini, Director General of WWF International said, “For the first time after decades of constant decline, tiger numbers are on the rise. This offers us great hope and shows that we can save species and their habitats when governments, local communities and conservationists work together.”

The population increases “is a pivotal step in the recovery of one of the world’s most endangered and iconic species,” said Ginette Hemley, senior vice president of wildlife. “When you have well-protected habitat and you control the poaching, tigers will recover. That’s a pretty simple formula. We know it works,” Hemley added.

The tiger count is based on data from 2014. Here is the tally broken down by country:

The census, compiled from tiger surveys in countries from Russia to Vietnam, as well as the International Union for Conservation of Nature, was released a day before ministers from 13 countries meet for three days in New Delhi as they work toward doubling the world’s wild tiger population from the 2010 low by 2022.

Tigers are considered an endangered species, under constant threat from habitat loss and poachers seeking their body parts for sale on the black market. They are also seeing their habitats rapidly shrinking as countries develop.

“Every part of the tiger — from whisker to tail — is traded in illegal wildlife markets, feeding a multi-billion dollar criminal network,” the organization says. 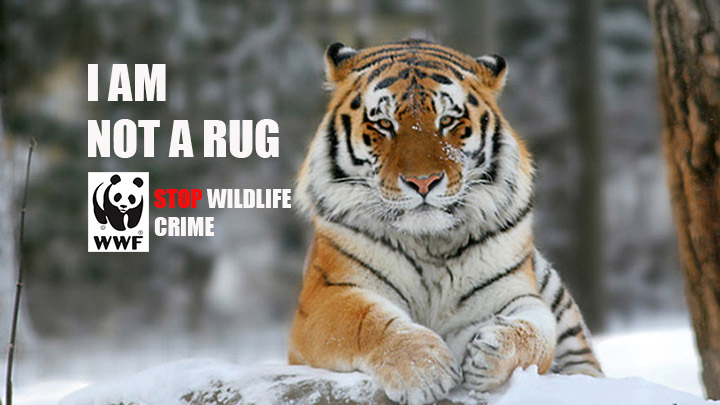