LAHORE: A First Information Report (FIR) was registered against 21 persons, including the prime minister and Punjab chief minister, on Thursday on the the orders of the government. 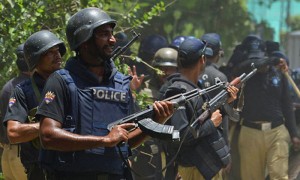 The Punjab police received orders on Thursday to register an FIR against those responsible for the deaths of 11 Pakistan Awami Tehreek (PAT) supporters in a violent clash with police.

Earlier today, a four-member committee formed by the Punjab government has started work on the recommendations in the Model Town judicial commission report. The committee has been mandated to fix responsibility in relation to the bloodshed that transpired in clashes between police personnel and supporters of Pakistan Awami Tehreek (PAT) chief Dr Tahirul Qadri.

The committee is expected to complete its proceedings in a week’s time and submit a report to the provincial government. It comprises of Justice (retd) Khalilur Rehman Ramday, the provincial interior and law secretaries and Punjab advocate general. 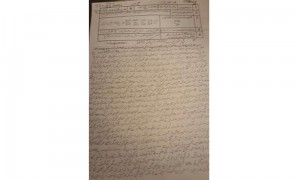 And after the findings that have emerged in the reports of the judicial commission and the joint investigation team, the government committee’s fundamental task is to identify those ultimately for the Model Town tragedy.

Earlier, the Punjab government had requested the judicial commission for audio/visual evidence in relation to the tragedy.

The government commission begun its work days after the judicial commission investigating the Model Town incident held it responsible for the tragedy, saying the police had acted on the administration’s orders which led to the bloodshed.

The report had said that the affidavits of Chief Minister Shahbaz Sharif and former law minister Rana Sanaullah contained contradictions regarding the orders they reportedly issued to the police to disengage, and said what happened on the ground did not match such claims.

At least 11 PAT workers were killed and over 100 people were injured during the clash in Lahore.