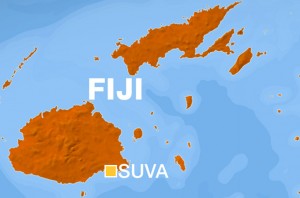 Australia and New Zealand have lifted all travel restrictions on senior Fijian officials ahead of the south Pacific nation’s planned September general elections.

The bans were imposed eight years ago following a coup led by military strongman, Frank Bainimarama, who last week set September 17 as the election date.

“We are confident that lifting travel restrictions will lay a framework for closer dialogue and cooperation with Fiji on bilateral and regional issues,” said Julie Bishop, Australia’s foreign minister.

“The decision is in line with the Australian government’s policy of re-engagement and normalisation of bilateral relations with Fiji,” she added.

“New Zealand will be ending all the remaining travel sanctions we have in place against Fiji,” he said.

“This is a continuation of our policy to support Fiji’s return to democratic rule and reflects our close co-operation with Australia on matters relating to Fiji,” McCully said.

The travel sanctions, in place since the December 2006 coup, applied to Fiji’s self-appointed Prime Minister Bainimarama, government ministers, military personnel and their families, and other government appointees, including the judiciary.