Catherine and Robert Lawton, from Springfield Lakes, and friends Mary and Rodney Burrows, from Middle Park, are among 239 people on board flight MH370, which slipped off radar screens between Malaysia’s east coast and southern Vietnam on Saturday.

Two other Australians on the flight, Li Yuan and Gu Naijun, are from Sydney.

Vietnam says its search planes have spotted oil slicks in the sea near where the Boeing 777 mysteriously vanished, and ships have been 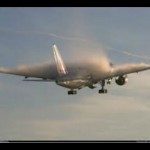 sent to the area.

In Queensland, the Lawtons are being described as passionate travellers who doted on their three daughters and two grandchildren.

His wife Rhonda said the couple, in their mid-50s, had planned the trip to China with their good friends the Burrows.

In Middle Park, neighbours Mandy Watt and Don Stokes said the Burrows were hard-working parents of two adult daughters and a son, and had downsized just a fortnight ago.

“The kids had moved on … they’re all successful, all happy. This was their time,” Mrs Watt told News Corp.

“I hate to use the cliche but they were soulmates.”

Australians used social media sites to express hope for all the passengers’ survival.

“Praying for a miracle,” one person wrote.

Australian authorities said they “feared the worst” for all aboard flight MH370 from Kuala Lumpur to Beijing on Saturday.

“Consular officials are currently in touch with Malaysian Airlines and with the families of the missing Australian passengers,” Senator Brett Mason, parliamentary secretary to the Minister for Foreign Affairs, said on Saturday.

“At the moment there is no clarity as to what has occurred.

“But can I just add that the families of the … missing Australian passengers must be desperately concerned and the thoughts of the Australian government and I’m sure all Australians go out to them at the moment.”

“But let’s hold out hope for some sort of miracle,” he said.

“Our hearts and thoughts are with the families of all nationalities, but of course our Queensland friends.