GAZA CITY (Ma’an) — When Israeli warplanes pulverized the home of a Hamas leader in Gaza at dawn on Saturday, onlookers could not imagine that any of his family would survive. 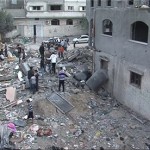 Witnesses said F-16 aircraft leveled the two-story home of Suliman Salah in Jabalia refugee camp in the northern Gaza Strip in the early hours.
Neighbors feared the 22-member family would be buried alive. Omer Abu al-Qumsan, who lives next-door, said he woke to a huge explosion and saw that all remained of the house was a pile of rubble. 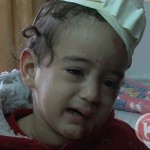 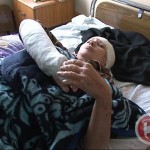 When TV crews arrived an hour later, civil defense crews had extricated one woman from the wreckage. Over the next hours 30 people were rescued from the site, wounded, but alive.
One member of the family, who escaped with light head wounds, said the whole family was asleep when the missiles struck.

“One minute I was sleeping, the next I found myself in hospital,” he said.
Another neighbor of the Abu Salah family, Abdel Karim Mattar, said the targeting showed Israel targets densely populated areas, not just open spaces.
Mattar, whose home was also partially destroyed, blamed Israeli premier Benjamin Netanyahu for launching the large-scale aerial assault on Gaza to increase his election prospects amongst Israeli voters.
“The ink of Israeli elections is Palestinian blood,” Mattar said.