Facebook has hit more than 100 million users in India, only the second country after the United States to achieve the milestone, the social networking company said on Wednesday. 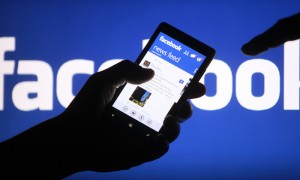 The fast-expanding mobile smartphone market is driving growth in India along with better Internet coverage across the country of 1.2 billion people, said Kevin D’Souza, Facebook India’s head of growth and mobile partnerships.

“Today, we have more than 100m people who access Facebook actively in India each month,” D’Souza said in an email to AFP.

Facebook has experienced a meteoric rise since setting up its first office in the southern city of Hyderabad four years ago, when India had about 8m users of the network.

D’Souza said the company was looking to reach “millions more” in the country in the near future through new business deals and partners.

“We’ve only just begun. Facebook’s mission is to give people the power to share, and to make the world more open and connected,” D’Souza said.

In December last year Facebook tied up with India’s top mobile service provider Airtel in a deal that gave its prepaid users free access to the social network in nine regional languages.

A month later it bought an Indian mobile technology start-up called Little Eye Labs to develop performance analysis and monitoring tools for providing data such as memory and power consumption of applications.

Facebook, with more than 1.23bn users globally, is turning to emerging markets including those in Asia to drive expansion after growth in the West tapers off.