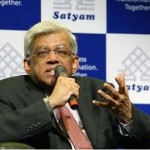 It sounds so simple and straightforward: the concept that good morals allow an individual, a group, a nation, and the world to be upright and honest with an understanding of right from wrong. However, in today’s complex society, it is not always black and white, right or wrong. Sometimes, there are shades of gray.

“‘The right thing’ is not nearly as straightforward as conveyed in a great deal of business ethics literature. … Many ethicists assert there’s always a right thing to do based on moral principle, and others believe the right thing to do depends on the situation,” according to the Free Management Library website.

The results of a national business ethics survey, conducted by the Ethics Resource Center (ERC) and released on July 24, show more shades of gray than white.

In a statement issued by the ERC, former U.S. Congressman Michael G. Oxley, co-sponsor of the Sarbanes-Oxley Act of 2002 and chairman of the ERC’s board of directors, said that Fortune 500companies (companies with annual revenues of $5 billion and more) should not only be business role models, but also ethics role models.

“Companies that earn the most revenue work hard to build strong ethics programs and cultures, but they also face unique pressures that tend to drive up the level of misconduct in their workplaces,” according to the ERC business ethics survey.

The report suggests that during accelerated growth, workplace stress increases and impacts morals andethical standards in the workplace. The more stressful the business environment inside and outside the company, the more risk taking and misconduct can be found.

The survey results also show that employees react adversely in a company oriented toward high growth, responding with cutting corners and imperfect job performance, in essence cheating by providing the customer with lower quality products.

“Workplace conduct tends to move with the economy such that acceleration in economic growth is usually accompanied by a rise in misconduct. Flush times seem to encourage greater risk-taking,” according to the ERC survey.

According to the survey, 74 percent of employees in Fortune 500 companies became whistle-blowers after discovering wrongdoing versus 65 percent in the remainder of U.S. companies.

Management greatly influences misbehavior by employees. Managers who stressed ethical behavior had less than 50 percent of their employees involved in wrongdoing versus almost double that number in a company where management didn’t emphasize ethical behavior.

On the other hand, employees will not report every kind of misconduct. Actions, such as fraud, theft, and offensive behavior, which could result in a company coming under investigation or losing its brand name, will be reported. Such actions as personal use of the Internet, social networking, or excessive coffee or lunch breaks, are generally not considered strong enough to be reported.

“The most reported [misconduct] is bribes to clients (79 percent). The least reported is conducting personalbusiness on company time (38 percent),” the ERC report said.

Tackling the Minds of Whistle-Blowers

In May, the ERC released a report about whistle-blowers, which defines whistle-blowers as “employees who report observed misconduct, either internally or externally.”

Becoming a whistle-blower depends on the observer’s personal understanding of what constitutes a workplace wrongdoing. The individual makes a distinction as to who committed the violation, such as a friend, an acquaintance, or foe. The internal environment plays a significant role, creating or affecting the wish to stay anonymous, the concern for possible retaliation, and the fear of losing out in the long-run.

Awareness does not always equate to action. “More than one in three people who said they observed misconduct also decided not to report it to someone who could take appropriate action to address it,” according to the ERC whistle-blower report.

Going outside the establishment is actually the last resort for companies with a well-established ethics system, whereas whistle-blowers in an environment without an ethics system most likely choose outside reporting venues, be they anonymous or otherwise.

“Employees do consider reporting misconduct outside the company, but it is rarely their first preference. In2011, fewer than one in five reporters (18 percent) chose to tell someone outside their company, either initially or in a secondary report. Only three percent of reports were made externally at first,” the ERC whistle-blower report said.

The AFL-CIO states on its website, “Union employees, who are often provided certain contractual protections, had much higher rates of reporting specific misconduct than nonunion employees (65 percent vs. 47 percent).”

Retaliation on the Rise

Retaliation against whistle-blowers increased to 37.4 percent in 2011 from 36.3 percent in 2010, when taking all charge filings under consideration, according to a chart on the U.S. Equal Employment Opportunity Commission (EEOC) website.

On July 24, the EEOC reported that Kids R Us LLC was fined $75,000 in a pregnancy discrimination and retaliation case.

Also on July 24, the EEOC won $350,000 under a federal discrimination and retaliation lawsuit against Endoscopic Microsurgery Associates in Baltimore.

On July 17, law firm Phillips & Phillips published on its website that the U.S. Food and Drug Administration fired scientists in retaliation for reporting “management and safety abuses.”

Labor law experts suggest that maybe the economic upheaval is responsible for an increase in retaliation charges, as whistle-blowers are laid off along with other employees, thus making it look like a normal action.

A 2006 Supreme Court ruling makes it easier for whistle-blowers to file a retaliation case. Employees don’t have to prove discrimination, just that they were fired or lost out on a promotion after reporting the wrongdoing.