Islamabad, Feb 26; The Election Commission of Pakistan (ECP) has announced that dual national Pakistanis will not able to hold positions in Political Parties of Pakistan. 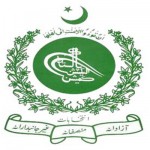 The announcement from the ECP came during the review of a petition filed against the agreement signed between the government and Tahirul Qadri. Petitioner Engineer Jalil Malik in his stance contested that there was no legal bearing of the agreement and under the constitution a dual national could not hold a political party post. The ECP said that Tahirul Qadri did not hold any position within the Pakistan Awami Tehreek (PAT), following which the petition was withdrawn.