Minister for Women Pru Goward today announced the formation of a Violent Domestic Crimes Taskforce to examine supports for reporters and witnesses, links between alcohol and domestic violence, and sentencing options for perpetrators. 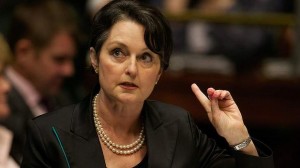 Domestic and family violence is the number one cause of death and disability for women under the age of 40. One woman on average is killed by her partner or former partner every week in this country. In NSW alone, more than 27,000 incidents of domestic violence were reported in the 12 months to September last year.

“Last week I announced sweeping reforms to the way the Government, its agencies and its non-government partners respond to domestic and family violence. Our It Stops Here reform is fundamental to providing support to victims in a co-ordinated, effective way,” Ms Goward said.

“Today I announce the establishment of a taskforce, which I will chair, to examine if current sentencing options for perpetrators of domestic violence are effective, reduce recidivism, reflect the seriousness of the crime, and reflect community expectations.”

“The Taskforce will also study whether the current system provides appropriate support for those reporting and witnessing domestic and family violence, and also the link between alcohol and domestic violence.

“How alcohol contributes to the frequency and severity of domestic violence is a question we need to answer. Whether it is violence on the street, or violence in the home, a woman has the right to feel safe,” Ms Goward said.

In examining these issues, the Taskforce will consider:
· Current reporting, conviction and sentencing patterns for domestic violence offences;
· Experiences of other jurisdictions;
· The Joint Select Committee Inquiry on sentencing of child sexual offenders;
· Sentencing for alcohol-related violence; and
· Outcomes of consultation with stakeholders

“My parliamentary colleagues Bryan Doyle and Natasha Maclaren-Jones will join experts such as Tracey Howe of Domestic Violence NSW and Karen Willis of the NSW Rape Crisis Centre in examining ways to drive down violence in NSW homes,” Ms Goward said.

The taskforce will report later this year.