ISLAMABAD: Following consultations between the governments of China and Pakistan, the visit of Chinese President Xi Jinping to the country has been cancelled in light of the ongoing protests in Islamabad led by Pakistan Tehreek-e-Insaf (PTI) and Pakistan Awami Tehreek (PAT).

“The visit stands cancelled which is most unfortunate,” Adviser to the Prime Minister on Foreign Affairs and National Security Sartaj Aziz told the Senate Foreign Affairs Committee which met at Parliament House today.

Aziz told the committee that until yesterday (Thursday), arrangements for the Chinese president’s visit were in tact and the government of Pakistan was trying to shift some of the meetings to Lahore due to the situation in Islamabad. 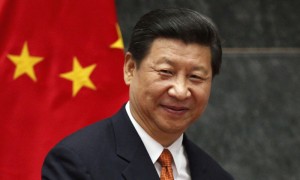 Senior government sources had also earlier confirmed the cancellation a day after confusion began as to whether the Chinese president’s visit, which was scheduled from September 14-16, had been called off or delayed.

A senior official close to President Mamnoon Hussain had confirmed to Dawn that the state banquet scheduled for September 15 in honor of the Chinese president also stood cancelled.

Senior officials from both countries had met at the Foreign Office in Islamabad on Thursday where they had decided to cancel the visit after discussing all its aspects including the situation in Islamabad.

The final decision from Pakistan’s end was taken by Prime Minister Nawaz Sharif after consulting his foreign policy and security advisers.

The Chinese president is still slated to travel later this month to India as well as Sri Lanka. This will be his first visit ever to South Asian countries after taking office as the president of China.

The visit would’ve been Xi’s first to Pakistan, a longstanding ally, since taking office last year.

He is scheduled to visit India in late September amid warming relations between the Asian giants. India and China have largely shelved a border dispute that led to a war in 1962.