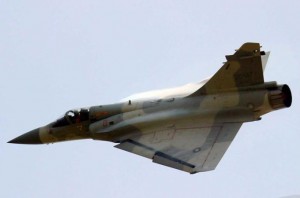 “There was no occurrence of any abnormality,” China’s Defense Ministry said in a faxed statement to the Reuters news agency late on Tuesday.

“We followed them closely to make sure they left our ADIZ [Air Defence Identification Zone],” said Xiong, declining to say how many fighters were mobilized in the two missions.

The United Daily News, a Taiwanese newspaper, cited an unidentified military officer as saying that Chinese aircraft had detoured in the past so as not to enter Taiwan’s ADIZ.

By entering it this time, the Chinese air force could test Taiwan’s air surveillance capabilities and its reaction to intruders, the officer said.

The incident came amid speculation that China may set up an ADIZ in the South China Sea to assert its territorial claims there.

The latest incident risked hurting ties between China and Taiwan, which have been ruled separately since defeated Nationalist forces fled to the island at the end of a civil war in 1949.

China has never renounced the use of force to bring Taiwan under Beijing’s control.

While relations have improved under the China-friendly President Ma Ying-jeou, who has signed a series of landmark
economic deals since taking office in 2008, deep political and military suspicions remain.

The alleged breach of Taiwanese air space comes a week after the US Defense Department lodged a diplomatic complaint with Beijing about the conduct of a Chinese fighter jet, which it said came within meters of a US navy patrol plane.

China said the criticism was groundless and its pilot maintained a safe distance from the plane.