The growing popularity of private-label goods has increased competition between the supermarkets.

But as consumer demands change, the face of grocery retail has undergone rapid change to keep up.

Farmers’ markets, online niche retailers, paddock-to-plate producers and global supermarket chains have taken on the might of the established supermarkets.

The size and product range of smaller players, such as online grocery store Aussie Farmers Direct and farmers’ markets, grew by 39 per cent and 25 per cent respectively in the past year alone.

A recent report by business analysis group Ibisworld forecast supermarket sales would continue to dominate the retail sector over the next five years, with revenue forecast to rise by 2.3 per cent a year to $97.7 billion in 2018-19.

While the retail landscape has expanded, supermarkets still dominate, with the big two, Woolworths and the Wesfarmers-owned Coles, absorbing a combined 68.8 per cent of the grocery retail dollar. 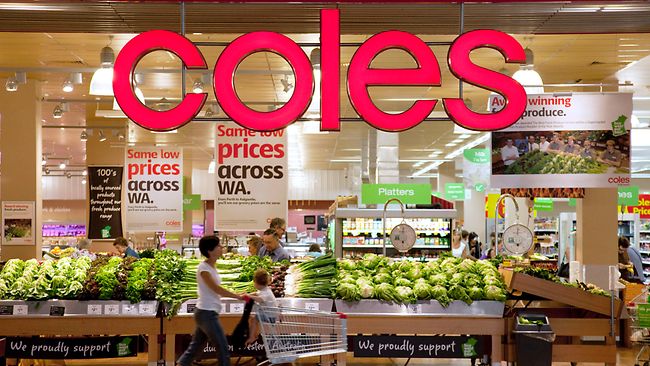 An increasing population with growing food awareness has contributed to other, smaller food retailers getting a foothold in the market, but they still haven’t gobbled up any of the market concentration that has been held by the big supermarkets for more than a decade, with the exception of Aldi, which has had 15.5 per cent growth each year for the past five years.

The Euro giant is expected to expand into South Australia and Western Australia as its market share grows.

“The development of sophisticated online sale options, including phone and tablet options, is expected to further increase supermarket sales,” the report said.

“With these functions also come convenient alternative pick-up and home delivery options, further attracting clients to use these supermarkets.”

Costco opened its fourth Australian superstore at Ringwood in Melbourne last November. Ibisworld said it anticipated Aldi would gain a larger market share and play a significant role in shaping the trading terms of supermarkets and grocery stores.

Growers have reported the ease of dealing with Aldi, saying the supermarket chain pays its bills early and is easy to negotiate with. And with Coles and Woolworths agreeing to abide by the new Supermarket Code of Conduct, they hope that will spread throughout the grocery sector.

As trends change, it seems tech savvy and time-poor Australians are turning to online shopping more and more.

Coles has invested heavily in its own dedicated delivery fleet, and has recently launched a new website and mobile site to help customers to research and compare products and make informed choices.

There’s a lot of distrust of the supermarkets in Australia, but the online market will grow. It has to.”

The online grocery retailers have partnered to provide customers with household staples such as canned goods, dishcloths, sauces and spices, as well and fresh produce.