WASHINGTON: A brief Facebook outage on Friday prompted a flurry of complaints and comments on Twitter less than two months after a similar incident affected users worldwide.

According to the website downdetector.com, the disruption began around 1600 GMT and appeared to last less than an hour. 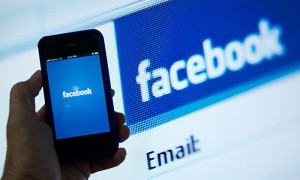 “Earlier this morning, some people had trouble accessing Facebook for a short time,” the California-based Internet titan said in reply to an AFP inquiry.

“We quickly investigated and are currently restoring service for everyone. We’re sorry for the inconvenience.”

Facebook has yet to pinpoint a cause, but the trouble appeared to be a technical issue.

During the outage, thousands of users complained they could not access the world’s biggest social network.

“Facebook is Down?! Oh God! Now How the Hell Am I Going to Find Out How My Friends Feel About Facebook Being Down?!” one user tweeted.

Another wrote: “Facebook going down for 15 minutes is proof that today’s generation would’ve survived approximately 8 seconds in the 80s.“

A Twitter user with the handle @TheTweetofGod wrote, “#facebookdown. Please remain calm and do not attempt to interact with human beings“.

Some panicked users even called police for help, according to Twitter posts by a sergeant from the Los Angeles County Sheriff’s Department.

Calls to the sheriff’s office came in on both the emergency and non-emergency numbers, the sergeant said.

“#Facebook is not a Law Enforcement issue, please don’t call us about it being down,” he urged in a post fired off from the @LASDBrink account.