Sulaiman Abu Ghaith is the highest-ranking al-Qaeda figure to face trial on US soil since the 9/11 attacks.

A US jury has reached a guilty verdict in a terrorism-related case against a son-in-law of Osama bin Laden. 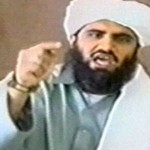 The verdict on Wednesday came after about five hours of deliberation in the case against Sulaiman Abu Ghaith, the highest-ranking al-Qaeda figure to face trial on US soil since the September 11, 2001 attacks.

“Within hours after the devastating 9/11 attacks, Abu Ghaith was using his position in al-Qaeda’s homicidal hierarchy to persuade others to pledge themselves to al-Qaeda in the cause of murdering more Americans.”

Asked about his client, he said: “He was stoic. He was at ease. He has confidence this is not the end but the beginning.”

Abu Ghaith had testified during a three-week trial that he answered bin Laden’s request in the hours after the attacks to speak on widely circulated videos used to recruit new followers willing to go on missions similar to those on September 11, 2001.

“The storm of airplanes will not stop,” Abu Ghaith warned in an October 2001 video that was played for the jury.

Asked about the trial of Abu Graith and those accused of the September 11, 2001 attacks, US Senator John McCain told Al Jazeera: “The process obviously has been incredibly slow.

“We have said that the discovery in those trials should take place in military courts and that’s why we have a courtroom in Guantanamo.”

Pointing out how long the Abu Graith case had taken to come to trial, McCain said: “It’s many years later, whether it was in New York or Guantanamo.”

Captured in Jordan last year and brought to New York, Abu Ghaith has actively participated in his trial. He listened to testimony and arguments through headphones linked to an Arabic translator.

Sentencing was set for September 8. The charges carry a potential penalty of life in prison.