Sydney (Press Release); NSW Shadow Minister for Citizenship and Communities Guy Zangari has slammed the Liberal Party for cancelling a major program of multicultural community grants to 130 projects across Sydney and NSW – and 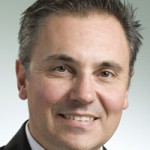 called on Premier Barry O’Farrell to step up to the plate and make up the funding shortfall.

The Abbott Liberal Government has abolished funding for the Building Multicultural Communities Program – controversially refusing to honour contracts for projects signed off before the last election (see sample letter attached);

In all,  a total of 130 projects in NSW worth $5 million have been quietly cancelled including:

Mr Zangari said today the cut to the program was gross hypocrisy by the Liberal Party given it had made a great show of multicultural outreach at the 2011 State and 2013 Federal elections.

“The Liberal Party needs to explain why it has cancelled contracts with multicultural groups that were signed in good faith before the election,” Mr Zangari said.

“These groups have done nothing wrong. They applied for a round of funding advertised by the Commonwealth, a subset has been successful and made plans accordingly.

“For the Liberals to rip away this money now is grossly insulting to multicultural communities, it is sloppy and unprofessional – and the groups that I know in Western Sydney are absolutely outraged.

“If Barry O’Farrell truly respects the multicultural fabric of our state, he needs to step up to the plate on behalf of the Liberal Party and ensure these cuts are reversed.

“The organisations affected by these cuts aren’t rich. They rely on membership fees, they do their own fundraising and when Government fails to come good with funding it has promised – it really pulls the rug out from the activities, events and good works they accomplish.

“Barry O’Farrell and Tony Abbott – this is no way to treat multicultural communities and you need to put that funding back.”