ROME: US President Barack Obama on Friday left Italy for Saudi Arabia — the last stop of his six-day tour of Europe and the Middle East. 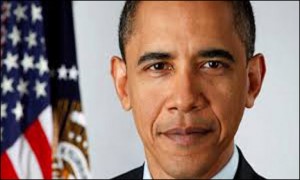 The US leader was expected to spend Friday evening in talks with Saudi King Abdullah on a royal estate outside the capital Riyadh.

The visit comes amid strategic differences over Iran and Syria, which are straining a historic alliance between the United States and Saudi Arabia.

Obama was expected to fly back to the United States on Saturday. In Rome on Thursday, Obama met with Pope Francis for the first time and held talks with Italian President Giorgio Napolitano and Prime Minister Matteo Renzi.

The Italian news agency ANSA reported that John Elkann, the chairman of Italian automaker Fiat, attended a dinner on Thursday at the US ambassador´s residence with Obama. Fiat bought a majority stake in US car maker Chrysler earlier this year and is planning to list the newly merged Fiat Chrysler conglomerate on Wall Street in October.