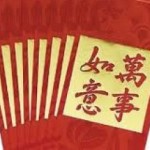 It is over 40 years since Gough Whitlam famously claimed the government had “missed the bus” on China. A recent survey of Australia’s next generation of leaders shows we must work harder than ever to ensure Australia arrives on time for the Asian Century. This election offers an opportunity for our political leaders to meet Whitlam’s challenge.

China is already the engine room of global economic growth. Its role as an economic power will multiply as the number of Chinese middle-class members grows from 10 per cent of their population today to 40 per cent by 2020. The problem? Young Australians appear to have little motivation to further their engagement and understanding of China. The professional and educational incentives operating on our young people must be updated for the 21st century. We are wrong to hope ‘she’ll be right’: there is no substitute for hard work if Australia wants to secure its share of the world’s largest market of middle-class consumers.

A survey of over 400 young professionals across Australia, conducted by the Australia-China Young Professionals Initiative, indicates three factors placing Australia’s role in the Asian Century at risk.

Second, China and Asia remain second preference work destinations for young Australians. Despite four decades of talk on the importance of a rising China, Australians value working in the United States or United Kingdom above working in mainland China.

Third, Chinese fluency is not a broadly valued business skill. Fewer than 50 per cent of respondents worked in a business that valued and encouraged Chinese cultural and language knowledge. Businesses tout their Asia credentials but in practice mobility is still a myth.

What can be done? The survey results suggest that government and businesses can focus on three levers to enhance understanding and engagement with China.

First, we must increase bilateral educational opportunities through more scholarships and internships. Readily obtainable study and internship visas would help promote exchange. That’s the government, but businesses must also facilitate this exchange. Young employees in international firms should be actively encouraged to pursue work experience in the region. Financial incentives tied to knowledge of Asian languages should be considered and funding incentives to get Chinese interns into Australian businesses should also be on the table. Improving the bilateral relationship starts with fostering excellent people-to-people relationships early in people’s careers.

Second, we should increase the level of academic, sporting and business exchange at all levels. This should be aimed at addressing the health, social and legal risks of living in China. Targeted grants to support initiatives that promote dialogue would be a good start.

Third, we need a national discussion on Australia’s role in the Asian Century. This discussion should be brought out of the lecture halls and into the workplace. A road show and presentation package on the Australia in the Asian Century white paper should be prepared that can be used in organisations and businesses across Australia. The government should use interested individuals and membership organisations to facilitate this process.

Skilled people are Australia’s ticket on the bus to China. As the mining investment boom slows, and the highs of our transactional relationship with China fade, Australia needs to find new exports and new areas of growth. This will only come from a base of Australian and Chinese professionals and entrepreneurs who can understand and engage with both countries. Business and government must enable this transformation through far-sighted investment in Australia’s next generation of leaders. We must be at the bus stop if we hope to get on board. We are not there yet.

Edward Kus is a trainee solicitor at an international law firm in Melbourne, and director of the Australia-China Young Professionals Initiative. Robert Tilleard is a management consultant in Melbourne and leads ACYPI’s response to the ‘Australia in the Asian Century’ White Paper.