Sydney; Australian Prime Minister Tony Abbott said on Wednesday he hoped to establish a “security round table” with Indonesia, seeking to rebuild a strategic relationship with a key Asian neighbour 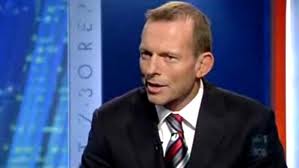 damaged by allegations of spying by Canberra.

Reports last week that Australia’s intelligence services had tried to eavesdrop on mobile phone conversations of Indonesian President Susilo Bambang Yudhoyono, his wife and other top officials have dragged the relations between the sometimes uneasy neighbors to their lowest since the late 1990s.

Jakarta responded by halting military and police cooperation until it received an explanation from close U.S. ally Canberra, throwing into doubt a security partnership that has made inroads against Islamist militants and people smuggling networks.

On Tuesday, Yudhoyono said he would appoint a special envoy, or possibly his foreign minister, to resolve major issues regarding intelligence sharing, after which he would himself look into establishing a new code of ethics on the issue.

Abbott said he wanted something positive to come from the diplomatic bust-up, which has threatened trade and investment and prompted the suspension of security cooperation over the politically sensitive issue of asylum seekers using Indonesian territory to sail to Australia.

“What I’d like to see in the future is some kind of security round table where we are more open with each other, where we build even stronger relationships of trust,” Abbott told reporters on Wednesday.

“I’m going to reflect on the statement over the next day or so and then we’ll be responding more fully but my objective as always is to have the strongest possible relationship with Indonesia.”

In response to demands from Jakarta, Abbott sent Yudhoyono a letter over the weekend regarding the spying revelations leaked by former U.S. National Security Agency contractor Edward Snowden and published in Australia media.

According to Yudhoyono, Abbott promised to take no future action that would damage relations with Indonesia, an approach similar to that taken by U.S. President Barack Obama after allegations the United States had spied on German Chancellor Angela Merkel.