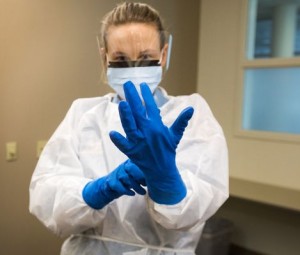 Australia’s Capital City authorities are fully prepared to meet any possible case of Ebola and necessary measures have already been taken, according to a report Tribune International’s special correspondent.
When a local journalist asked the ACT health authorities official about precautionary measures to protect the Australian capital of Ebola threat, an ACT Health spokeswoman was quoted as confirming that “a local case would be treated here at Canberra hospital, not sent to Sydney.”

Elaborating the measures taken, the official spokesperson also added that “ACT Health regularly communicates with other jurisdictions and the Federal Department of Health on Ebola preparedness as part of the Communicable Diseases Network of Australia (CDNA) and the Australian Health Protection Principal Committee (AHPPC).”

The spokeswoman was further quoted as adding that ‘ACT Health had met with and continued to work with ACT airport and airline authorities to review preparedness for Ebola and other communicable diseases.’

Canberra Hospital is in the process of finalising its preparedness response plans and this is being managed through an expert working group. The Health officials of Australian Capital Territory had communicated information about Ebola with hospital clinicians, Medicare Local and Ambulance service while continued to work with the hospitals to review Ebola planning and preparedness activities.

It was also pointed out that there are National Guidelines, which ACT Health would follow in the event of an Ebola case, to manage suspect and confirmed Ebola cases.
The Australian Cabinet has reportedly been briefed on the preparedness and plans in place nationally and locally.