On March 28, AAP chief was attacked by a man, who claimed to be a supporter of Anna Hazare. 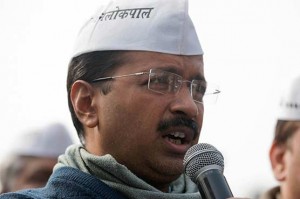 When Kejriwal was shaking hands with his supporters, the person punched Kejriwal on his back and even tried to slap him.

Later the man was thrashed by AAP workers and handed over to police.

“Some people are ready to go to any extent to become Prime Minister. Let them do whatever they are doing. Our religion teaches us non-violence. If we raise our hands, this movement will come to an end,” Kejriwal said.

Appealing for calm, the AAP leader asked his supporters not to indulge in any violence.  Kejriwal has been attacked a number of times in the past.

On March 28, he was attacked by a man, who claimed to be a supporter of anti-corruption crusader Anna Hazare, during his election rally in Haryana.