Growing up in cantonments of Pakistan I have learned one thing in my life; that is being patriotic. The atmosphere and 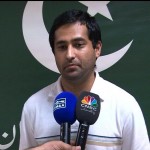 surroundings always have an effect on person and I feel that army brats are lucky to have the patriotic touch. Living in Cherat the nest of SSG (Special Service Group) we only used to wake up in the morning at 3:30 AM with slogans of Allah Hoo chanted by SSG under training officers and men when they were crossing famous utility store of Cherat . In addition to this I still remember at 5:30 AM all SSG used to gather at famous training ground and PT was lead by Commander SSG who use to be brigadier at that time .So in short, the only slogans we heard were based on patriotism.  “Mann Janbazam” (men of heart) to “Ghazi ya Shaheed”, every thing used to end at “Pakistan Zindahbaadh”.

From school functions to daily lives, we were influenced with our crazy discussions on military strengths, missile technologies, nuclear warheads and if there will be a war, We will take our fathers gun to fight along with 1 commando my favorite childhood SSG battalion. This all seems childish but that’s the feeling we had and some how its still in the instinct only because we were raised in an environment where every thing used to revolve around Pakistan and its defense. Though it all seems idealistic but definitely it also made us strong along with being patriotic we used to lose our near and dear ones from enemy bullets in sicahin to LOC and even in plane crashes. I cant forget a young officer who was playing soccer with me in a ground of Church and next day we witnessed his body coming from Siachin to newly weeded bride who lost her husband in plane crash and she was showing weeding movie to delegation of aunties went to tell her about martyrdom of her husband . These are the things that are easier to write but hard to witness.

These are kind of things, which only used to mold us with feeling of pride in being Pakistani and respect of uniform. I still remember discussions of my civilian cousins who used to talk about food outlets to brands and they were bit more modernized in a way that they all used to see Pakistan as a place which they never want to live in and on the contrary we all brats were always thinking to join army as our fathers did and serve the nation. Though this dream of mine never came true despite of the fact when I appeared in ISSB commandant ISSB Kohat was my dads course mate and close buddy but its only in Arm forces of Pakistan where merit comes on top of any relations.

My purpose of writing all this brief of my self was only to tell who was not part of an organization was always motivated with feeling of patriotism for only indirect link with the institute which only teaches patriotism and if I and many like me feel patriotic about country then what about those who are actually part of this prestigious institute?

Can you imagine, the one who started his life in this institute at the age of 19 and only trained to be a patriot, can ever be a traitor? Definitely I am not talking about any ordinary among these soldiers but the one, who not only gave more than 43 years of his life to this institute, but also rose to the level of COAS in this prestigious institute? The man who fought 3 wars for the motherland and being praised by COAS of the enemy?  A man who commanded the Grand Mosque operation? Lets believe that he is a traitor then let me ask, if an army who only train people to be patriot, can also produce a traitor COAS?  If this is the case, then its time to decide; is this an army of Patriots or Traitors?