During  the  meeting,  members  of  APML  UAE  praised  the  positive  contribution  of  His  Excellency  towards  assisting 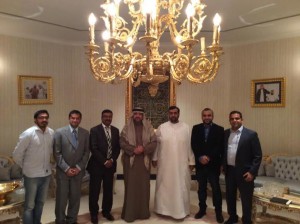 the  people  of  Pakistan,  noting,  in  particular,  the  charitable  work  undertaken  by  the  Al-­‐Zarooni  Foundation.