A new study by NASA published in the Journal of Glaciology by a team led by NASA researcher Jay Zwally produces a surprising and controversial new estimate of large mass gains. Zwally’s team has been working on satellite measurements of ice height for some time, but this estimate is significantly different from even their own previous work.

“We’re essentially in agreement with other studies that show an increase in ice discharge in the Antarctic Peninsula and the Thwaites and Pine Island region of West Antarctica,” explained Jay Zwally, a glaciologist with NASA Goddard Space Flight Center, in a NASA press release. “Our main disagreement is for East Antarctica and the interior of West Antarctica — there, we see an ice gain that exceeds the losses in the other areas [due to snowfall].”

The continent is roughly the size of the United States and Mexico combined, and changes in the ice are not uniform across Antarctica. Some places are gaining ice, and some are losing ice.

A new NASA study says that an increase in Antarctic snow accumulation that began 10,000 years ago is currently adding enough ice to the continent to outweigh the increased losses from its thinning glaciers.

The research challenges the conclusions of other studies, including the Intergovernmental Panel on Climate Change’s (IPCC) 2013 report, which says that Antarctica is overall losing land ice and that the loss has contributed to rising global sea levels.

The study has creates some buzz in climate circles, because it claims that Antarctica—long thought to be losing ice at extremely alarming rates—is actually gaining ice.

The findings contradict claims by the Intergovernmental Panel on Climate Change that the Antarctic ice sheet has been losing ice for the past two decades.

“There’s a lot of uncertainty as to whether the ice sheet as a whole is losing mass,” Walt Meier, a research scientist with NASA’s Goddard Space Flight Center Cryospheric Sciences Laboratory, who studies sea ice, told weather.com.

Last year, Antarctica’s sea ice had a record high-growth year, thanks to high winds in the area. This year, sea ice growth returned to the measured average rate, while still increasing, Meier’s team announced on Oct. 15.

Globally, however, sea ice levels are decreasing, particularly in the Arctic, which will lead to sea-level rise over time.

The new NASA study, however, doesn’t suggest that the climate isn’t changing. Zwally himself points out that if Antarctica is gaining more ice, then somewhere else in the world is melting faster—because scientists have pretty good data showing that sea levels have been rising at a rate of about three millimeters a year for the past 100 years. 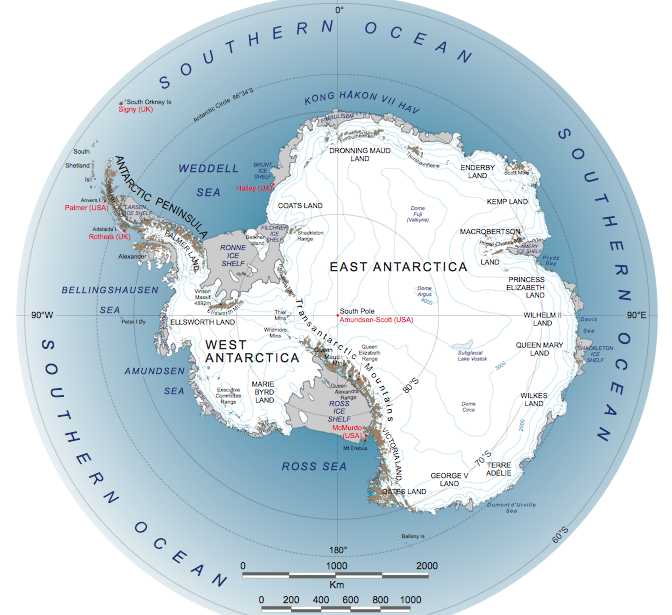