Two journalists working for the Associated Press news agency have been shot by a police commander in eastern Afghanistan, officials say. 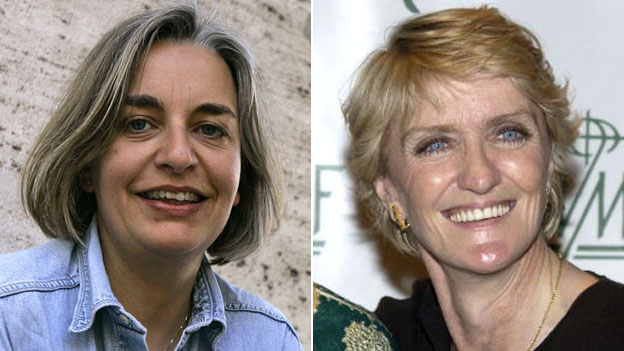 One of the women, Anja Niedringhaus, died in the attack. Her colleague, Kathy Gannon, is reported to be stable.

The attack took place in the town of Khost near the border with Pakistan.

It comes as Afghanistan intensifies security ahead of presidential elections on Saturday, in response to threats of violence by the Taliban.

The new president will succeed Hamid Karzai, who has been in power since the 2001 fall of the Taliban but is constitutionally barred from seeking a third consecutive term.

The BBC’s Lyse Doucet in Kabul says the run-up to this historic poll has already been the bloodiest, and fears of electoral fraud are pronounced.

The two journalists had been travelling with a convoy of election workers – protected by Afghan security forces – delivering ballots from the centre of Khost to the district of Tani, on the outskirts.

They were in their own car with an interpreter and an AP freelancer, AP says.

The freelancer said they had arrived in a heavily guarded compound shortly before the shooting.

As they were waiting in the back seat of the car for the convoy to move, a unit commander shouted “Allahu Akbar” (God is Great) and opened fire on them, the freelancer told AP.

He then surrendered to the other police and was arrested, the agency adds.

Anja Niedringhaus, 48, a German photojournalist who was part of a team that won the Pulitzer Prize for their coverage of the war in Iraq, was killed instantly.

Canadian-born Kathy Gannon, 60, who had been the AP’s bureau chief in Afghanistan for many years and is currently a special correspondent for the region, was shot twice.

She underwent surgery and is said to be in a stable condition.

“Anja and Kathy together have spent years in Afghanistan covering the conflict and the people there,” said AP executive editor Kathleen Carroll.

“Anja was a vibrant, dynamic journalist well-loved for her insightful photographs, her warm heart and joy for life. We are heartbroken at her loss.”

President Karzai expressed his sadness at the incident and pledged to carry out a full investigation.

The interior ministry said the officer who shot the women had commanded a police unit, which had been under 48 hours of mortar attack from insurgents across the border in Pakistan.

He may have mistakenly thought the car was carrying insurgents as the police were unaware that the journalists were travelling in the area, interior ministry spokesman Sidiq Siddiqi said.

The district lies on the border with Pakistan’s Waziristan region, with the Pakistan-based Haqqani network strong and influential in the area.

Violence has increased across Afghanistan in recent weeks, ahead of the election, and foreign reporters have been among the victims.

The BBC’s Afghanistan correspondent, David Loyn, says the election is being protected by the biggest military operation since the fall of the Taliban – with the deployment of nearly 200,000 troops.

Rings of security have been set up around each polling centre, with the police at the centre and hundreds of troops on the outside.

If nobody wins more than 50% of the vote, a runoff election will be necessary.

A new president may give the US a chance to repair relations with Kabul, which dropped to an all-time low with Hamid Karzai late last year when he refused to sign a bilateral security agreement that would allow up to 10,000 troops to stay in Afghanistan when Nato combat missions end this year.