Domestic worker for consul general of Bangladesh in New York says he was underpaid and worked in oppressive conditions. 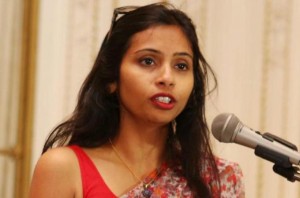 A former domestic worker for the consul general of Bangladesh has sued him and his wife in New York, saying he was lured to the United States with false promises of $3,000 monthly wages and then was forced to work in oppressive conditions.

The lawsuit says Consul General Monirul Islam and his wife, Fahima Tahsina Prova, forced Rana to work 17-hour days without a day off for more than 18 months.

Rana alleges the couple would not let him leave their two Manhattan homes and threatened to beat him or kill him if he left.

A message left with the Consulate General of Bangladesh in New York has not been returned.

The case follows the re-indictment on US visa fraud charges of Indian diplomat Devyani Khobragade, whose case triggered an international storm after she was arrested and strip-searched in New York last year.

Prosecutors say Khobragade fraudulently obtained a work visa for her housekeeper and lied to the government about what she paid her.

They accuse Khobragade of forcing Sangeeta Richard to work 100-hour weeks at a salary of just over $1 an hour, far below the legal minimum US wage of $7.25 an hour.

Her lawyers insist that Khobragade, who has returned to India, has diplomatic immunity from prosecution.