LEBANON: Beleaguered by terrorism incidents and frequent foul plays, a Lebanese student has created a mobile application that allows a person to pronounce his/her survival in case of any bomb blast, by just pressing a button in the application. The mobile app is created by 26-year-old Lebanese student Sandra Hassan. “I am still alive” that’s the simple message that a new app allows people in Lebanon to tweet at the touch of a button, 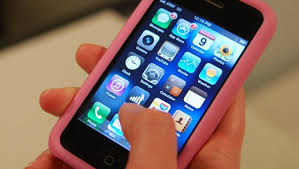 following a bomb attack. The app will soon be extended to include other countries – and may even be used in disaster zones. Hassan launched it on 21 January as “an expression of frustration” at how bad the security situation has become in Lebanon. “I didn’t expect that people would actually start using it,” she says, but they have. There have been two bomb attacks since it was launched, and dozens of the 4,000 people who have downloaded the app so far have used it for real. The creator of the app, Hassan, was contacted by many countries, but she intends to share the app with Pakistan and Egypt. At the touch of a button, the app sends a tweet saying “I am still alive! #Lebanon #Latestbombing”. This has some practical advantages. Right after a bomb blast, the phone lines are often so congested with people trying to find out if their friends and family are ok, that calls can’t get through. But, Hassan says, a weak internet signal should be enough for the app to push out its message.