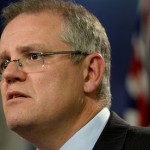 “These new funds will help build our Customs and Border Protection Service’s capabilities after years of budget and staffing cuts under the previous Labor Government.

“The Coalition Government is committed to meeting threats on our borders wherever they appear and ensuring this resolve is backed by the right policies and necessary funding.

“Customs and Border Protection will increase inspections of high risk cargo and mail and also increase the intensity of examinations which will maximise the potential for stopping illegal firearms and drugs before they hit our streets.

“Inspection rates of international mail and air cargo will increase by 25 and 33 per cent respectively and the examination of sea cargo in the major ports of Sydney and Melbourne will increase by nearly 20 per cent.

“This will result in an additional 1500 TEU (twenty-foot equivalent unit) containers being physically examined by ACBPS officers in sea cargo environment.

“There will now be additional equipment, new technology, and extra Customs and Border Protection officers to enhance the capability of the Service to undertake the examination of cargo.

“The ACBPS approach to target and identify high risk illicit cargo has resulted in record illicit drug seizures and other prohibited goods by the ACBPS, and this funding will ensure this continues.

“This will complement other key initiatives currently being undertaken by the ACBPS and its law enforcement partners to target criminal activities. This includes work being undertaken to address the illegal activities of Outlaw Motor Cycle Gangs, regulation and interception of firearms, and the establishment of the National Border Targeting Centre,” Minister Morrison said.