QUETTA: A total of 122 ‘missing persons’ were traced and recovered in Balochistan during the last three years, an official of Home and Tribal Affairs Department said Saturday. 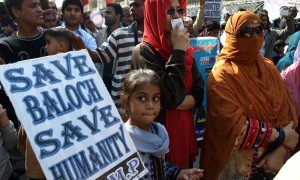 The commission, constituted on the directives of the apex court four years ago, has so far disposed of more than 600 cases, according to an announcement made in May.

Meanwhile, the Voice for Baloch Missing Persons (VBMP) contradicted the statement of the home department, saying the number was higher than what was being claimed.

“Thousands of Baloch political workers have been missing in Balochistan,” said Nasrullah Baloch, chairman VBMP. “Some were traced on the directives of the Supreme Court,” he said.

On the other hand, the provincial government led by Chief Minister Malik Baloch has repeatedly assured the Baloch nationalists that it will bring an end to bring an end to the dumping of mutilated bodies and the issue of enforced disappearances.

The ‘missing persons’ issue has been the most talked-about since the courts had taken the matter up and had asked the law enforcers to ensure their safe recovery.