‘His death is a very sad day for cricket and a heartbreaking day for his family, says Prime Minister 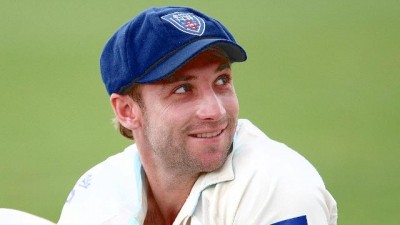 Sydney (Tribune International Report): As long as cricket remains in Australia Phillip Hughes will be remembered. He was only 25 years old. His sudden death has shocked the Cricket World as this type of incident never happened in cricket history.

The incident had been described by former Test stars as a “freak accident” and something “never before seen in cricket”. Tributes are being posted in the dozens on Twitter from the cricket, sporting and wider community.

On 25 November 2014, Hughes was knocked unconscious by a bouncer during a Sheffield Shield match at the Sydney Cricket Ground (SCG). He was taken to St Vincent’s Hospital where he underwent surgery, was placed into an induced coma and was in intensive care in a critical condition. The match was immediately abandoned, and early the next day Cricket Australia announced that the other two Shield games that were being played elsewhere in Australia would also be abandoned, stating “Given how players across the country are feeling right now, it’s just not the day to be playing cricket”. Unfortunately, Phillip Hughes could not survive and died on today (November 27, 2014) after failing to regain consciousness.

Prime Minister Tony Abbott said Hughes was a young man living out his dreams. ‘His death is a very sad day for cricket and a heartbreaking day for his family,’ ‘For a young life to be cut short playing our national game seems a shocking aberration, ‘He was loved, admired and respected by his teammates and by legions of cricket fans’ Tony Abbott said in media statement.

“As a cricket community, we mourn his loss and extend our deepest sympathies to Phillip’s family and friends at this incredibly sad time. “Cricket Australia kindly asks that the privacy of the Hughes family, players and staff be respected.”

Phillip Hughes went to Homebush Boys High School (Sydney) for some time and played for Western Suburbs in his initial days in Sydney when he moved from his home town of Macksville NSW.

‘I am deeply saddened by the loss of Phillip Hughes. I have no words to describe how I feel at the moment. One of the nicest and sincere blokes you will ever

meet. Will never forget you Hughesy! Thoughts and prayers go out to his family and friends. Boys who played with and who knew personally Phillip will never forget him as he was such a wonderful person…he was a true inspiration for me as a young batsman and I always looked up him through school and grade cricket’ says Suffan Hassan a young grade cricketer currently plays for Randwick Petersham, NSW.

Phillip Hughes was a left-handed opening batsman who played for two seasons with New South Wales before making his Test debut in 2009 at the age of 20.

Phillip made his Twenty20 International debut for Australia against Pakistan in the United Arab Emirates in October 2014.