The newest, biggest cruise liner in the world has set sail on the open water for the first time for a three-day sail trial. Thousands of people gathered at the dock to watch as the 227,000 tonne ship was helped out to sea by six tugs.

Harmony of the Seas has been under construction at the STX shipyard in St. Nazaire, France for more than a year, and the sea trials are taking place off the coast of France.

Although there’s no passengers on the ship yet, which is nearly 330 foot longer than the Titanic, there are still around 500 crew aboard as its continues its sea trial until Sunday.

At 361 meters, Harmony of the Seas is longer than the Eiffel Tower is tall. Capacity for the ship, which will primarily serve the Caribbean and Mediterranean regions, is 5,497 guests. The ship will help Royal Caribbean RCL 4.04% boost capacity in Europe by 4% in 2016.

Royal Caribbean is the world’s second-largest operator, with its brands commanding 22.1% of the market’s revenue. Rival Carnival CCL 3.48% is larger with 42.2%.

Once on board, passengers will be offers a vast array of entertainment options, including seven separate “neighborhoods”: Central Park, The Boardwalk, Royal Promenade, Pool & Sports Zone, Vitality at Sea, Entertainment Place and Youth Zone.

The ship is targeting the family market, with a series of aquatic activities for children including the Splash away Bay kids’ water-park, a trio of water-slides called ‘The Perfect Storm’ and two huge 10-storey slides called ‘Ultimate Abyss’, which cascade down the outside of the ship and into the deepest freshwater pools found at sea.

The next trials will take place before the end of April, with delivery to Royal Caribbean International scheduled for May 12.

Harmony boasts of the fastest Internet connection at sea, according to the company. Using Voom, Royal Caribbean’s new satellite Internet service, guests can post to social media, including on Facebook and Instagram, and YouTube, as well as stream movies, games and apps via  personal accounts with Hulu, Netflix, and Amazon.The line will also use the technology pioneered on its Quantum-class ships to project 3D images, optical illusions and extra dimensions onto the Aqua Theater performers at its high diving, acrobatic performance space.

Harmony also has a whopping 40 restaurants and many bars on board. The Bionic Bar will feature twin robot cocktail mixologists –similar to Anthem of the Seas, but unlike its sister ships, Jamie’s Italian Kitchen will debut on Harmony –and replaces Giovanni’s Table on Oasis and Allure. The Alice in Wonderland-inspired Wonderland restaurant, with a double-deck space overlooking the aft of the ship, will also be a key speciality restaurant onboard and showcases molecular gastronomy.

Facts & Figures of Harmony of the Seas 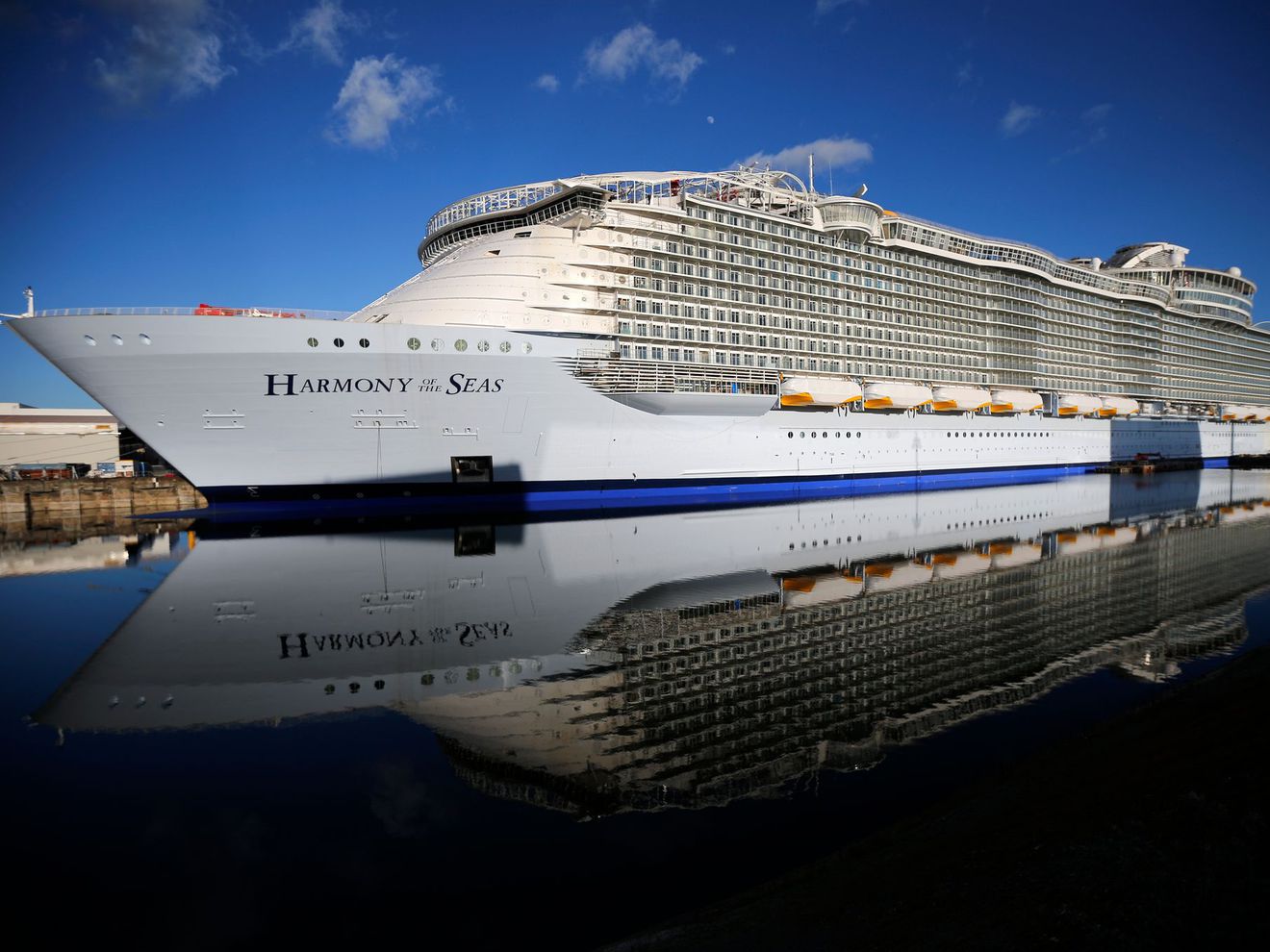