Women working in Australian media are facing intimidation at workplace including sexual harassment. This was an important revelation from a recent survey, in which 40 percent of the respondents, admitted having been harassed, intimidated and trolled on social media.

The study named as ‘Mates over Merit’: The Women in Media Report was commissioned by Women in Media, an advocacy group backed by the Media, Entertainment & Arts Alliance (MEAA).

The study paints a murky picture of the Australian media with its ‘blokey’ culture where mates are rewarded more than the meritorious. The study documents sexual harassment, abuse, scant regard on work-family balance, and glaring disparity in pay on the basis of gender, reports Forbes.

The survey by iSentia took data from 1,054 Australian journalists. It was conducted between September and December 2015, and had 91.8 percent women as respondents.

And 41% said they had been harassed, bullied or trolled on social media while engaging with their audiences.

Other data released in the report included the finding that only 11% of those surveyed believed that employer anti-discrimination policies were very effective. And only 16% knew what their employer’s strategy to deal with social media threats actually was.

Women In Media’s national convener Tracey Spicer said in a statement: “Progress towards equality for women in media is disappointingly slow.

“While there are more women than ever before working in the industry, they still dominate the lower paid, less powerful positions.

“The media is often called a mirror of society. But it is failing to reflect our diversity.”

The research has been supported by journalists’ union the Media, Entertainment & Arts Alliance.

Katelin McInerney, director of MEAA’s Media section, said: “Outdated attitudes and ineffective policies are holding women back from making their fullest and most creative contribution to the media landscape, at a time when innovation, diversity and new ways of thinking are desperately needed to help our industry transition and meet the challenges of a new digital era.

“While we have secured some improvements, media companies have been slow to adopt pay transparency, superannuation during parental leave, and dedicated family violence leave.”

The full findings from the report will be released gradually over the coming six weeks.

Some of the important findings of the study are 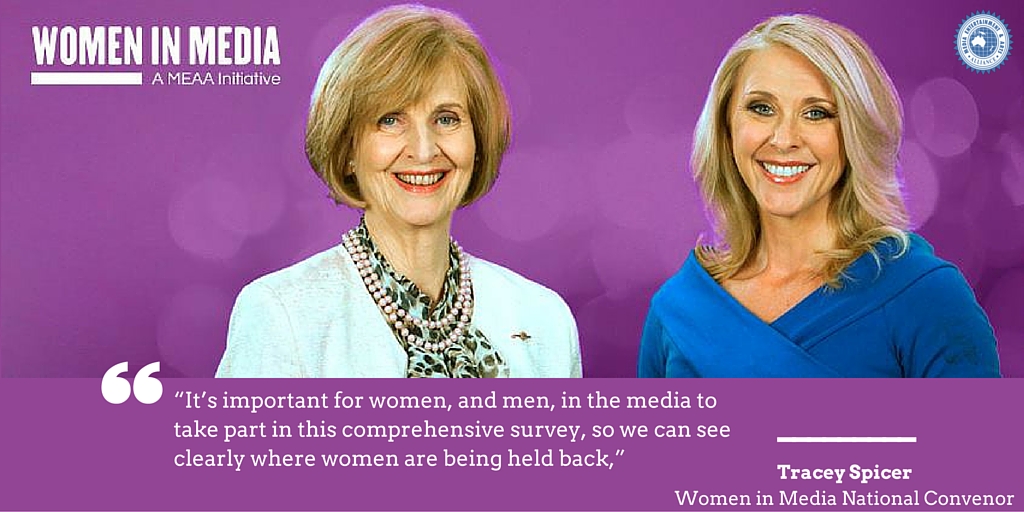 Women in Media has arranged a workshop ‘Exposed – Women journalists and online harassment‘ on Wednesday 16 March 2016 at 6:30 PM in Ultimo, NSW. The workshop offers information and tips on what other women face, what to do if you come under social media attack and how to talk to your employer about it.