Why Bangla Bandhu Will Not Be Mourned? 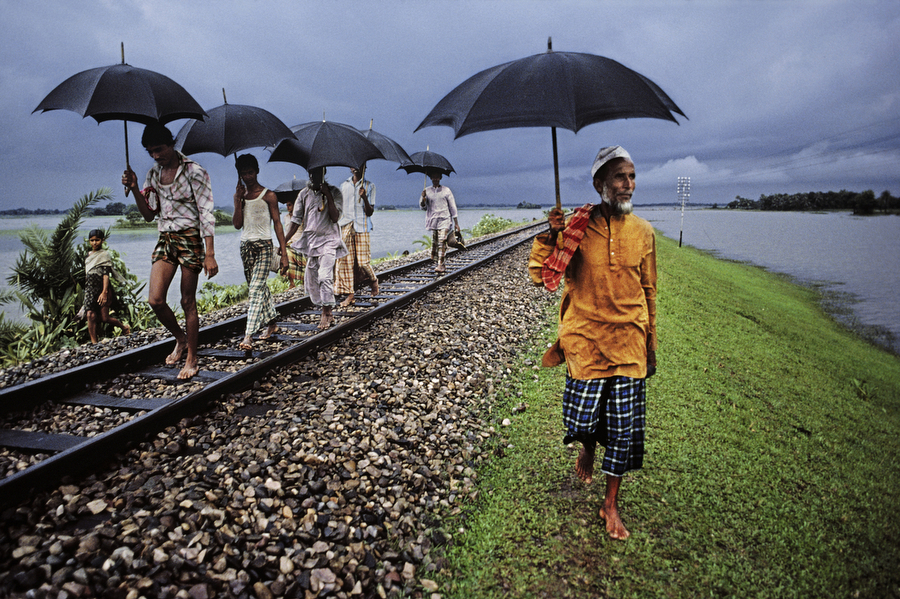 16th December 1971, a new country was born – Bangladesh. As a newborn country, Bangladesh had lots of hopes and aspirations. It was time for the “Bangla Bandhu (Father of the Nation)” to materialize the dream that he had presented to the people. The so called liberation war had broken all the class barriers in the Bangladeshi society. The people expected that the leaders would rise above the group and party interest and would unite the people to harness their patriotism and productivities to rebuild the war torn country to fulfill the dream of a ‘Golden Bengal’. 100 millions of Bangladeshis would find their rightful place in the world community with dignity and honour.

After failing to take over Bangladesh on Dec 16th 1971, India unleashed the Rakhi Bahni on the Bangladeshis. It then tried to impose a Treaty of Friendship which would have converted into an Indian province. On 14th August, 1975 Bangladeshi patriots killed the Indian agent Sheikh Mujib and liberated Bangladesh from the Indian grip. Today India is forcing a transit policy on defenseless Bangladesh that is fighting for her existence. The Transit facilities that India is asking would clog existing Balgladeshi roads and pose a security threat to Bangladesh. It would also exacerbate the situation in Northeast “India” where the seven Assamese states want freedom from Delhi.

Historical heritage, distinct self identity, the vision of the able leadership, right direction, patriotism, sacrifices, hard work and above all united efforts of the nation could achieve cherished goal step by step with the passage of time. Creation of a progressive, happy and prosperous Bangladesh and reaching its fruits at the doorstep of every citizen would have matched with the spirit of the separation from Pakistan. But the people had already become apprehensive about the sincerity of the leadership that led to part ways from world’s largest Islamic country.

Soon after stepping on the soil of the independent country Awami League came out with the ambiguous slogan of “Mujibbad”. After three and half years when “Mujibbad” was proven to be an empty slogan Sheikh Mujibur Rahman like a power hungry dictator promulgated 4th amendment and took all powers in his own hand by forming one party autocratic regime of BKSAL. This unprecedented constitutional coup de’ tat was called his ‘Second Revolution’. As he usurped absolute power apparently things for a while looked calm on the surface but beneath that uneasy calm political and social conditions were fast deteriorating. Political leaders in Bangladesh had always done much sweet-talking than actual deeds. Promises had been even greater. People have heard such for ages and got used to such empty promises. Who ever had gone to power had always failed the people. They had oppressed the people paying no heed to their demands. The isolation of the leaders from the people and their selfish interest were the main reasons for such betrayals.

The leadership mostly is alien in its own societal fabric. They depended on this belief because of their lake of understanding of the complexities of the newly independent country. Its problems and solutions were beyond their perception. They lacked any ideology, conviction, experience and vision. Sheikh Mujibur Rahman like other third world dictators considered his own ideas and thoughts to be the ultimate. He never cared to take any advice or suggestion from any one, other than his ‘kitchen cabinet’ comprised of his family members. His all knowing attitudes were to a great extend responsible for his administrative failure. He also did not have a clear idea about the difference between party and the state. This became clear even in 1956-57 when he deferred with the then Chief Minister Mr. Ataur Rahman Khan. Mr. Khan wanted to keep the administration totally neutral. He knew that if the administration were brought under the party control then it would be difficult to run the administration efficiently. But Sheikh Mujib insisted that administration had not only to help and assist the party to execute its policies, but it would use its influence among the people. Mr. Ataur Rahman Khan had to surrender to Sheikh Mujib as he was then considered very powerful in the party. During his tenure Sheikh Mujibur Rahman as the Minister of Commerce and Industries indulged in rampant corruption, nepotism and misuse of power by giving out permits, licenses, bank loans, and sanction to establish industries to people who were loyal to him and his cronies.

Sheikh Mujibur Rahman and his Awami League mortgaged the national independence and state sovereignty of Bangladesh who signed the 25 years long-term unequal treaty with India. By creating Rakkhi Bahini, Lal Bahini, Sheccha Shebok Bahini and other private Bahinis AWAMI-BKSALISTS unleashed an unbearable reign of terror killing 40000 nationalists and patriotic people without any trial.

After taking over the reign of Bangladesh he started ruling the country in the same old corrupt style. The politics was name of money, undue promotions, appointment, license permits, dealerships etc. to buy support and personal loyalty. This is how only within two and half years a total anarchy was created in the Bangladeshi economic sector. It was not only his party people who got involved in rampant corruption. His immediate family members were also involved. Ghazi Ghulam Mustafa who was a close confidant of Sheikh’s family became famous as ‘Kambal Chor’ in the country for his open misappropriation of relief goods being the Chairman of the Red Cross. The donors and the international relief agencies also came to know about his malpractices. Many of his confidants were also involved in smuggling in collaboration with the Marwaris. Thus under the patronization of Awami rule a new class of ‘new’ rich grew like mushroom. They accumulated from national resources but did not reinvest into the economic cycle. Most of their wealth was spent in non-productive sectors or transferred abroad. With these people Sheikh Mujibur Rahman wanted to establish ‘Golden Bengal’ in the country. It was really very hard to understand what he was up to? Was it his ignorance or cunning mechanization? Was it appropriate that he should place his party’s interest over the national interest? Did the nation expect that from him?Regarding the state of corruption during Mujib’s regime, the reputed journalist Lawrence Lift Shulz wrote in the Far Eastern Economic Review on 30th Aug 1974. “Corruption and malpractices are nothing new. But people of Dhaka think the way the corruption and malpractices and plunder of national wealth that had taken place during Sheikh Mujibur Rahman’s regime is unprecedented”.

It was virtually impossible for the government to gain any economic or political achievements with such loots and plunders in a newly independent war ravaged country. The looters did not plough back their ill-gotten wealth in the national economy; they spent that fortune for their luxuries and comforts. But the government had to pay heavily as its image got tarnished in the eyes of the people and the world.

AWAMI-BAKSAL period is the dark chapter in the history of Bangladesh. On Jan. 25, 1975 with a stroke of pen Sheikh Mujibur Rahman killed democracy and imposed on the nation the yoke of one party rule of BAKSAL.

Against the promise to turn Bangladesh into ‘Golden Bengal’ the ruling elites turned Bangladesh into a “bottom less basket”. The common people viewed this as a national betrayal. They became dejected with the Awami League leadership. Awami League lost the people’s support, which was so vital for any government to govern. In spite of this all the hopes and aspirations of the newly independent nation got lost into the nightmare of AWAMI-BKSAL miss rule.

Bangladeshis soon realized that they were doped by their leadership, revolted against the Indian imposed “Rakhi Bahni” (run by a sitting Indian General) and rose against the so called “Treaty of Friendship” whose aim was to absorb Bengal into India. In a military coup Mujibur Rehman and his 23 family members were mowed down and dumped their bodies in a mass grave in August 1975 without paying any mourning.