The World Health Organization (WHO) has called for worldwide use of “smart” syringes that cannot be used more than once.

Smart syringes that break after one use should be used for injections by 2020, the WHO has announced.

Reusing syringes leads to more than two million people being infected with diseases including HIV and hepatitis each year.

Millions of people could be protected from infections acquired through unsafe injections if all healthcare programmes switched to syringes that cannot be used more than once. For these reasons, WHO is launching a new policy on injection safety to help all countries tackle the pervasive issue of unsafe injections.

WHO is urging countries to transition, by 2020, to the exclusive use of the new “smart” syringes, except in a few circumstances in which a syringe that blocks after a single use would interfere with the procedure. One example is when a person is on an intravenous pump that uses a syringe. The Organization is also calling for policies and standards for procurement, safe use and safe disposal of syringes.

WHO also stresses the need to reduce the number of unnecessary injections as a critical way of reducing risk. There are 16 billion injections administered every year. Around 5% of these injections are for immunizing children and adults, and 5% are for other procedures like blood transfusions and injectable contraceptives. The remaining 90% of injections are given into muscle (intramuscular route) or skin (subcutaneous or intradermal route) to administer medicines. In many cases these injections are unnecessary or could be replaced by oral medication.

“We know the reasons why this is happening,” says Dr Edward Kelley, Director of the WHO Service Delivery and Safety Department. “One reason is that people in many countries expect to receive injections, believing they represent the most effective treatment. Another is that for many health workers in developing countries, giving injections in private practice supplements salaries that may be inadequate to support their families.”

Transmission of infection through an unsafe injection occurs all over the world. For example, a 2007 hepatitis C outbreak in the state of Nevada, United States of America, was traced to the practices of a single physician who injected an anaesthetic to a patient who had hepatitis C.

“Adoption of safety-engineered syringes is absolutely critical to protecting people worldwide from becoming infected with HIV, hepatitis and other diseases. This should be an urgent priority for all countries,” says Dr Gottfried Hirnschall, Director of the WHO HIV/AIDS Department.

The new “smart” syringes WHO recommends for injections into the muscle or skin have features that prevent re-use. Some models include a weak spot in the plunger that causes it to break if the user attempts to pull back on the plunger after the injection. Others have a metal clip that blocks the plunger so it cannot be moved back, while in others the needle retracts into the syringe barrel at the end of the injection. 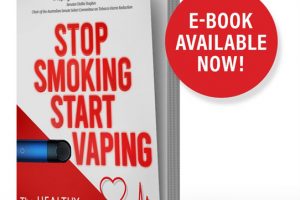