Roaming around the world on foot may require commitment of good number of years of one’s life, along with large sum of money, logistics planning, and strong determination.

But for all those who are interested in the travel but not the long haul, there’s a place called in Denmark called Verdenskortet (Map of the World) where can experience travelling around the world on foot.

At the Verdenskortet, visitors can visit a scaled map of the world, with a series of manmade islands built of dirt and rocks resting in a pond.

Built between 1944 and 1969, the map was the handy work of Søren Paulson, a farmer living on family land with an adjacent lake. It’s about 300 feet by 150 feet in size, and 10 inches on the map corresponds to a scale of about 69 miles. There’s a cafe on-site, and visitors are able to row-boat in the “oceans” or play mini-golf on the continents. That may make this the first time the Mediterranean Sea doubled as a water trap.

Creator of the world map, Søren Poulsen, was a Danish farmer who single-handedly built his own version of the world, in exactly a quarter century. Completed in 1969, Verdenskortet is the main tourist draw in Klejtrup, a small village 10 km southwest of Hobro in Jutland, the mainland of Denmark. 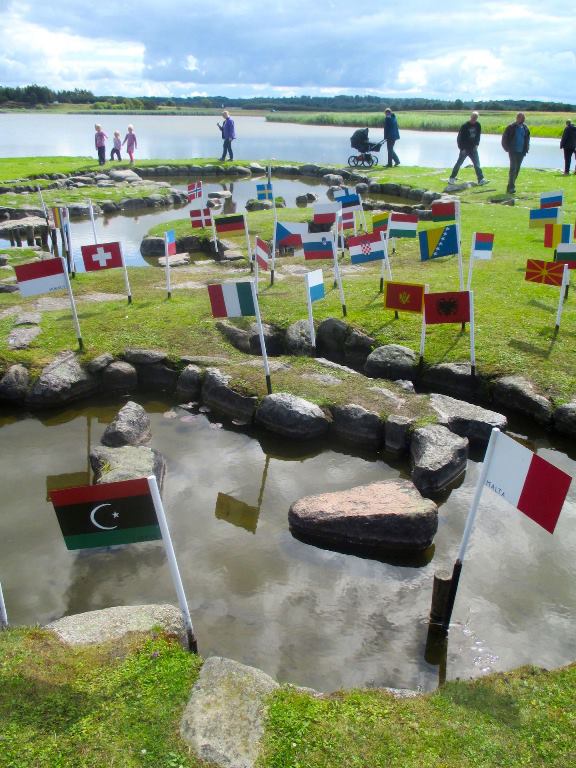 Always interested in geography, Poulsen decided to lay out the entire world through shaping a small peninsula on the lake. He did so with the use of a few simple tools (a wheelbarrow, a pushcart, handtools) and a whole lot of ingenuity – some of the stones he single-handedly hauled to the site weight more than a ton.

With primitive tools, Poulsen moved out large stones on the ice in winter and placed there, where they were used and in spring the stones tilted into place, and slowly took the world map its shape. 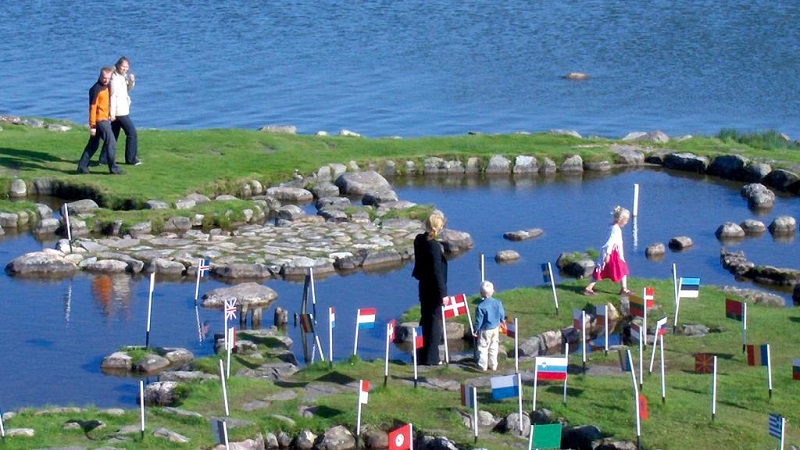