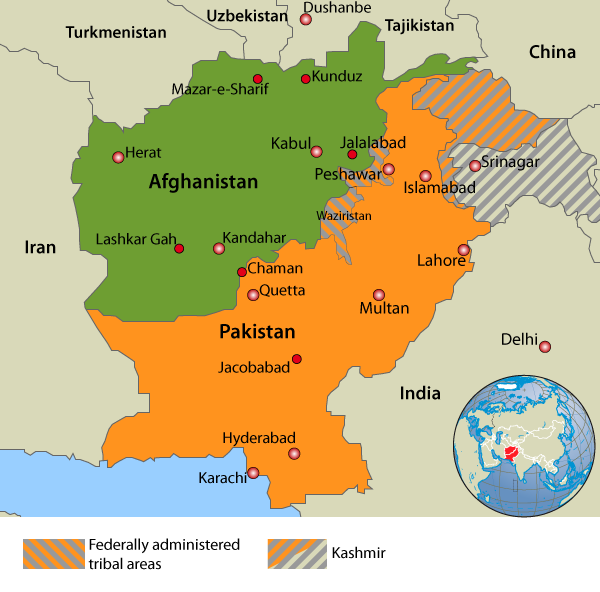 Within the week two well-known Pakistani generals have spoken about the endgame in Afghanistan – Lt. General Asad Durrani, former chief of the Inter-Services Intelligence [ISI] during 1990-92 and General Pervez Musharraf, formerly army chief and president. No two generals of the Pakistani army could be so dissimilar – not only in their personality and but also in the quality of their mind. Yet their remarks over the happenings in Afghanistan today, and here, supplement each other.

Let me confess I have certain partiality toward Gen Durrani not only because his term as ISI chief overlapped with my diplomatic assignment in Islamabad or because of his self-effacing temperament or his intellectuality (as I discovered in later years) but because his extraordinary remark to Al Jazeera this week that Pakistan would have connived with the American operation against Osama bi Laden in Abbottabad in May 2011 as part of a larger ‘deal’ with the United States over the Afghan endgame happens to tally with my own estimation in May 2011.

“Pakistan has come breathtakingly close to realising its historic objective of gaining strategic depth in Afghanistan. Everything now devolves upon the return and reintegration of the Taliban into mainstream Afghan national life. However, Americans are squatting right in the middle of the Pakistani path and without Washington’s consent no Afghan peace process can take off. And the Americans won’t budge unless they salvaged their part of the “Al Qaeda deal”. In short, bin Laden became the litmus test of the trustworthiness of the Pakistani military leadership.”

Gen. Musharraf helps us understand why the deal in 2011 over the Taliban’s accommodation in the Afghan power structure in Kabul took so long to be fulfilled by the Americans. Succinctly put, the ‘sticking point’ was Hamid Karzai, then Afghan president.

Following Karzai’s confrontation with the Americans in the 2009 presidential election when the latter tried to oust him from power, the trust deficit that followed only deepened incrementally, and by 2011 it was already straining to surge to public view.

Faced with the US on one side (whom he couldn’t trust anymore) and with Pakistan on the other side (who never bothered to hide their total contempt for him), Karzai did the right thing, namely, he reached out to Delhi and offered an opportunistic partnership riveted on the shared interest to checkmate Pakistan’s agenda of gaining ‘strategic depth’ in Afghanistan.

How Karzai and Delhi fleshed out the deal at the operative level I won’t go into, but suffice to say, the ‘India connection’ emboldened Karzai to defy the US-sponsored endgame to reinstate the Taliban in the Afghan power structure – that is, except with his full involvement and control on his terms.

“In his first months in office, Ghani has sought to woo Pakistan in a way Musharraf could only have dreamed of in the critical years between the US-led intervention in Afghanistan in 2001, and 2008, when Musharraf was finally forced from power. Ghani has not only suspended a planned weapons deal with India, but also diverted troops to fight against anti-Pakistan militant groups in eastern Afghanistan.”

For Musharraf, the most welcome development was Ghani’s decision this month to send six army cadets for training at Pakistan’s officer academy in the town of Abbottabad. Karzai infuriated both Musharraf and Ashfaq Kayani, his successor as army chief, by spurning offers to help train Afghanistan’s embryonic army. Instead, Karzai sent cadets to India, where Musharraf believes they were “indoctrinated” against Pakistan.

Of course, with Karzai our of the frame and Ghani as his successor, Washington is now in a position to deliver on the deal with Pakistan. In sum, much of what we see today as a new found understanding between Washington and Islamabad or the distinct improvement in the US-Pakistan relations has a real background.
But then, the calculus has changed in the meanwhile – in certain ways unrecognizably – during the four-year period since the beginning of 2011.

The US’ ‘pivot’ strategy in Asia; the sharp deterioration in the Russian-American relationship and the fillip it has given to the trends toward multipolar world order; the US’ Middle Eastern quagmire; China’s ‘belt-and-road’ regional thrust to thwart the US’ containment strategy; the establishment of US military bases in Afghanistan and the advent of the Islamic State; US-Iranian engagement; competing new Silk Roads in Central Asia; Pakistan’s imminent induction into the Shanghai Cooperation Organization against the backdrop of revival of Russian-Iranian strategic understanding, warming up of Russia’s ties with Pakistan and the historic expansion of Sino-Russian partnership – all these involve Pakistan in one way or another.

The phone call that President Barack Obama put through on Thursday night to Prime Minister Nawaz Sharif underscores that the interplay of these templates in the regional dynamic is reaching an advanced stage. Obama felt it to be extremely important that he should allay Pakistani fears regarding any misconceptions in Islamabad over a ‘tilt’ in the US’ regional policies toward India, which Pakistan has openly posed to the White House lately.

The Chinese President Xi Jinping’s likely visit to Pakistan in March is taking place at a time when Pakistan is at a crossroads and the choices it makes in safeguarding its core interests vis-à-vis India will profoundly impact the power dynamic in the region.

When Sharif told the visiting Chinese Foreign Minister Wang Yi at their meeting on Friday that Pakistan regarded the friendship with China as the “corner stone” of its foreign policies and strategies, he was also addressing Obama. It is entirely in the logic of things that Obama has proposed a meeting with Sharif.

However, Obama will find himself in a tight spot. Because, Pakistan is not going to relent on its wish list since it knows that the hour of reckoning has to demand the quid pro quo from the US — Taliban’s return to the Afghan power structure, US’ help to resolve Kashmir problem, US’ assurance not to upset India-Pakistan ‘strategic balance’, Pakistan’s admission to the Nuclear Suppliers group (along with India) and so on.

Of course, the ascendancy of virulent Hindu nationalism in India at a time like this makes things even more difficult for Obama. He genuinely feels exasperated.

The Dark side of Zulfiqar Ali Bhutto and his Bhuttoism 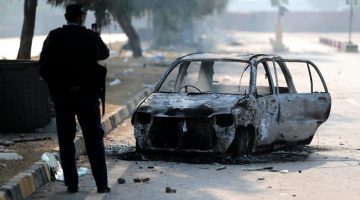